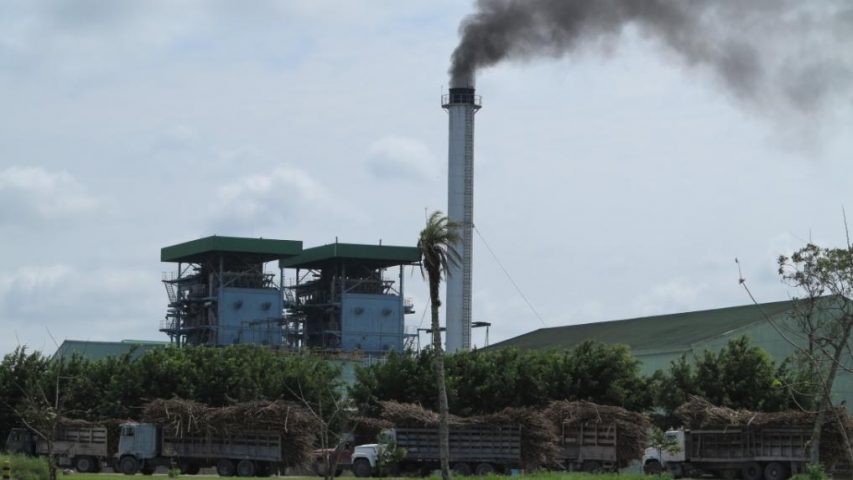 By Aaron Humes: On Sunday afternoon Belize Sugar Industries Limited/American Sugar Refining (BSI/ASR) announced that it would not be accepting cane from farmers beginning on Monday as initially planned.

In a statement the company cited the following reasons: (i) the declaration by the Sugar Industry Control Board (SICB), a government arm, that commencement of the crop would be a violation of law; (ii) the threats on Social Media and radio, (we feel the need to avoid to the best of our ability a situation that could trigger violence), and (iii) the uncertainty for both farmers and the miller, and the impact on cane supply.

In regards to the first reason, SICB Chairman Marcos Osorio wrote to the industry on a whole that the date for the start of the crop must be Gazetted and that this had not been done, pending a meeting of the Board on the way forward with the impasse between BSI/ASR and the Belize Sugar Cane Farmers Association (BSCFA).

Despite what BSI/ASR says is its own assurances that it was ready and that at two prior meetings between all involved, including the BSCFA, had agreed to start on December 20, the formality was not carried out, and, we have been told, is being used as a technicality to delay the start of the season.

BSI/ASR says it never got back a response to its letter seeking advice on whether the notice would be issued by Saturday, which would signal BSI/ASR in turn to get ready, preliminary preparations having already been done. Letters to the SICB Chairman, asking him to proceed with the agreed start date, from three of four associations—Corozal Sugar Cane Producers Association (CSCPA), Northern Sugar Cane Growers Association (NSCGA), and Progressive Sugar Cane Producers Association (PSCPA)—have also gone without any response. The miller says this cannot be seen as anything less than “a deliberate attempt to prevent the crop from starting which would have significant financial repercussions for the mill, farmers and the wider economy.”

BSI/ASR continues to seek clarity from the SICB and will issue another advisory in due course if necessary. A press briefing has been set for 11 a.m. virtually and we will have coverage of that for you.