Ministry of Health holding on to expiring vaccine doses; CARICOM seeking doses for 5 to 12-year-olds 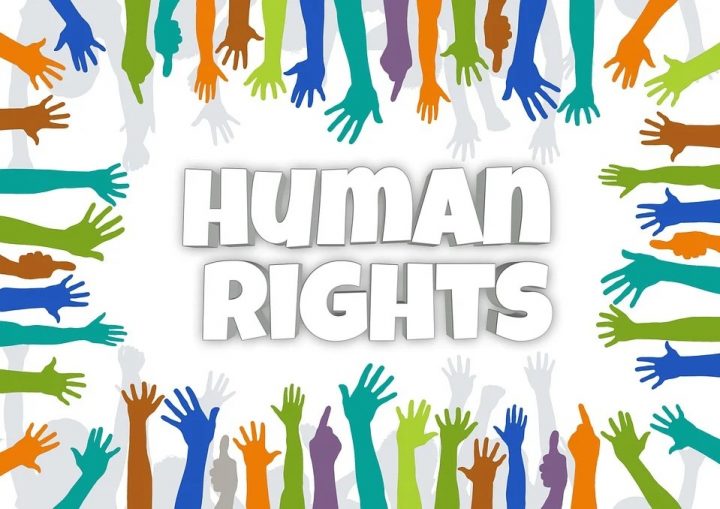 By Norris Hall: The Government of Belize continues to violate the Human Rights of illegal immigrants and migrants, by arresting and locking them up behind bars at its Central Prison on remand and then for as long as four years after conviction for immigration violations.

A Court also has the authority to order their forthright deportation regardless of the Courts violations of the human rights of these individuals.

The United Nations Convention on Human Rights prohibits the imposition of prison sentences for “illegal aliens” or migrants, without regard to the merits of an individual’s claim for protection and refuge. There has been an outcry from international organizations especially now hard pressed with the new worldwide phenomenon of mass migration.

By persistently invoking an archaic Immigration Law that dates back to 1958 in Belize’s Colonial era, successive governments continue to violate its Human Rights obligation under this 1951 United Nation’s Charter, to ensure and to protect the human rights of everyone within its territory, including those seeking asylum or as refugees.

At one point there were as many as one hundred and fifty persons locked up at Belize’s central prison for illegal entry or the violation of other immigration laws, according to Prison records. This number was significantly reduced at one time with the rapid expulsion of illegal immigrants. But this too point to a violation of the human rights of these migrants as it does not take into consideration their plight.

What appears to be persistent and apparently unstoppable corruption inside the Immigration Department relating to work permits and trafficking are also factors that cause the reduction in the incarceration of those who may have entered the country illegally.

International organizations, such as the International Organization for Migration (IOM), has warned that with the current pattern of migration, with thousands of migrants trekking through the countries of South and Central America to the Mexico/USA border seeking to enter the United States, could have a potential significant impact on Belize.

There are already reports that some of those thousands of migrants who are stuck at the Mexico/US border are now trying to return to their country of origin through Belize because various difficulties involved in retracing their steps with traffickers and other immigration issues. Some have either been trying to travel through Belize on their return journey to the countries where their trek began, or to use Belize as an alternative springboard point to again try to enter the United States.

There has been very little inclination on the part of Belizeans to use that once traditional “backdoor” for many now residing in the United States having legalized their status. But recently there have been a few instances of children from Belize surfacing among the hundreds of children from Central America trying to enter the USA as unaccompanied migrants.

An IOM Report published in October of this year, estimates that there are more than three million migrants on the road now heading north for the United States from as far as Chile.

Reliable local official Sources say that many of these migrants who have fallen by the wayside or trying to get back to where they started and have been rounded up and deported by the Belize Immigration Authorities and without fanfare and in violation of the UN Convention on Human Rights, according to the IOM’s Website.

It says that Belize, as a member of the United Nations has an obligation to guarantee an “orderly, safe and regular return of migrants”.

It now appears that the Belize government is not prepared for a possible or even imminent, immigration crisis on its borders with Mexico and Guatemala. With this potential immigration crisis, it means that it will continue, with apparent indifference, to violate the human rights of migrants and illegal immigrants until they replace the current outmoded immigration laws and unless it urgently addresses what is likely to become a national issue stemming from, and as a side effect of, the persistent and apparently unstoppable flow of migrants trodding through the Americas.

There is a large movement of highly vulnerable migrants in the Americas from the Caribbean (mainly from Haiti, Cuba and the Dominican Republic), Central America, Africa and Asian countries, states the IOM’s recent report.

This migrant movement of the many thousands of people starting from way down south of the Americas, winds its way through Brazil, Venezuela, Colombia, the countries of Central America, all along the Pacific coast through Cantal, Mexico and amassing at the border town of Acuna (Mexico) and Del Rio (USA).

The IOM Report notes: “Transit from South America up to North America of migrants from the Caribbean, Asia and Africa has been developing for perhaps a decade. At present migration flows have increased due to the socioeconomic crisis brought about by the Covid-19 pandemic, disasters, and political instability in countries of origin and residence.”

The Report, dated October 2021, says that there are more than 3 million migrants moving towards North America. This has exacerbated an immigration and humanitarian crisis on the southern border of the United States with Mexico.

It appears that the Government of Belize has shown a scant interest in addressing what could become an immigration crisis here.They seem, so far, to be indifferent to their violation of the human rights of migrants, that, according to the Human Rights Code, states that migrants should not be held in prison.

Recommendations have been made, and assistance has been offered to the Government for the building of an adequate facility in the Mountain Pine Ridge area of western Belize for the accommodation of migrants and illegal immigrants providing a wide range of human services with the assistance of the IOM and UNHCR. This would be an alternative to incarceration and inconsiderate deportation of the type imposed by the Biden Administration on Haitians.

The Belize Government, sources say, is yet to accept the offer for such a detention facility which could be developed from the infrastructure of a former military training base camp left behind by a European army that was training in Belize a few years ago.

Meanwhile the IOM has been assisting the Belize Government with the streamlining of its Border Management Unit of the Immigration Deparment.It has been assisting with the streamlining and digitization of its systems and records. But inside sources have revealed that corruption in the Department of Immigration persists with “garbage-in and garbage out” with the inputting of corrupt and falsified documents into the digitized system. This “streamlined” system, will perhaps, make it even easier for certain immigrants to obtain their Belizean nationality and passport for a fee (donation) to corrupt facilitators in the Immigration Department for US$10 thousand.

There is a Murphy’s Law that says: If anything can go wrong it will.