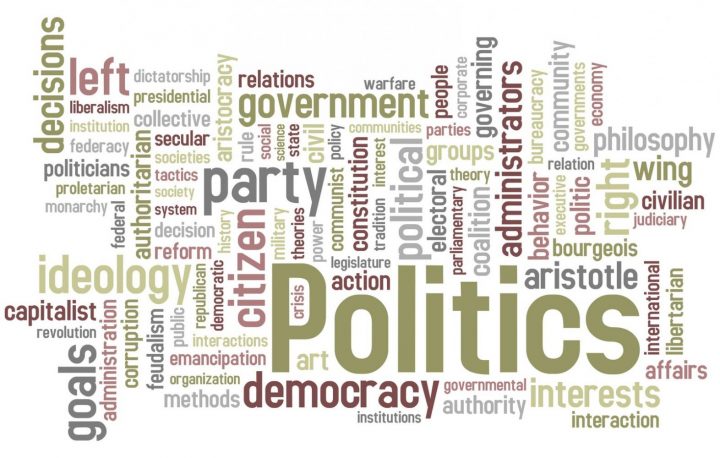 By Norris Hall: There is nothing more debilitating to good governance than ministerial malpractices, mismanagement and a bloated, inept and crumbling Public Service.

The COVID-19 pandemic has affected the national economy and psyche but when there is a self-made crisis within the health system there has to be pause for concern.

The Ministry of Health and Wellness was overtaken by ministerial malpractice, executive mismanagement and an arrogant disregard for the hundreds of medical professionals who have been putting themselves on the line, not only during the ongoing COVID-19 crisis but in the general delivery of health care to the entire nation.

This ministerial malpractice was on full public display as early as six months into this new Briceno Administration. It created a polarizing effect on the health system which was being blown apart with political arrogance.

A well respected high profile doctor in private practice who agreed to serve as a member of the Board of Directors of Belize’s premier public hospital, a quasi-government institution, resigned in short order and called for the resignation of the Minister of Health and Wellness, which by then had taken on in medical circles, a new moniker as the Ministry of ‘Wealth and Hellness’.

The recent decision by the Prime Minister to reshuffle his Cabinet to remove the first Minister of Health and Wellness of this administration from that portfolio came none too soon. This move has been applauded and so has the “promotion” of the now former Minister of Sports and e-Governance to be the new Health and Wellness Minister. He is getting good vibes.

With the removal of the former Health and Wellness Minister and by assigning him the portfolio of Public Utilities and Logistics, has the Prime Minister ended this tour of terror or has he simply transferred the problem of Ministerial over-reach to another Ministry?

It is hoped that this Minister will take stock of his penchant for Ministerial malpractice and that, as a lawyer, he will take time out to understand his Constitutional role which is different from the Administration’s bureaucracy which is to effect the policies of the government. If not, he will be cutting a clear path to the back-bench of Parliament. For the government, there should also be some lessons that, hopefully, have been learnt from this display of political arrogance.

It is important to remind our politicians, that the Constitutional role of a Minister is different from the role of Chief Executive Officer but that they must both work as a compatible team. A Minister should not be managing his Ministry. That is the responsibility of the CEO. His role is to formulate policy based on the government’s platform.

It is the Constitutional responsibility of the Prime Minister to appoint and assign CEOs who should be qualified MANAGERS. However, as was the case in the Ministry of Health and Wellness, the appointment of an unqualified CEO to the Ministry of Health and Wellness, because of nepotism, simply exacerbated the problem. Being a doctor or an engineer does not qualify for being a good manager especially within the Public Service. We will wait to see if that card will be replayed.

Neither does it mean, nor should it be assumed, that an Academic with a Ph.D., has the panacea to all things. More often they don’t, outside of the scope of their research.

In fact, a recent survey of developed countries indicates that outside of Academia or in the fields of research, the Ph.Ds. are the least employable and the developing countries need to use education funding to train the professionals to meet developmental needs, including as Managers.

This was long realized in the 1980s when there was a dearth of Managers in the public and private sectors. It was when, with the assistance of the United States Agency for International Development, a Belize Institute of Management (BIM) was established. But, seemingly, it has been underutilized. At one point however, there were more skilled Managers in the Private Sector than in the Public Service, a sad and continuing realty even with BIM.

Because of these, Constitutional changes were made to allow the government to recruit professional Managers from the Private Sector to the government by replacing Permanent Secretaries with Chief Executive Officers.

There was an outcry, as the move stymied any “upward mobility” for career Public Officers, although they were not excluded from the transition from Permanent Secretary to Chief Executive Officer.

A former career Public Officer who served as a Permanent Secretary in the early 1990s and then as a Chief Executive Officer when contracted by the GoB from 2001 to 2008, helped to provide an insight on the issue of the appointments of senior Managers in the Public Service. As a career Public Officer of twenty-eight years, this officer worked her way up the ranks of the Public Service from being a Clerical Assistant to being appointed to the top position of Permanent Secretary in a span of twenty-eight years only to be retired in 1993 when there was a change of administration in the GoB. She, along with four of her male colleagues, all career Public Officers, were unceremoniously retired.

The retirement of these public officers gave way to the political appointments of hand-picked party supporters from outside of the realm of the Public Service. The advantage in having qualified career Public Officers appointed to the top management position as Permanent Secretaries is that they should be and normally were, selected based on effective performance and in accordance with the Public Service regulations, subject to the discipline dictated by these regulations.

On the other hand, the appointment of Chief Executive Officers is based mainly on the person’s political loyalty to the party in government. Not taken into consideration is whether that person is familiar with the Public Sector, and whether he or she has any management skills to lead a ministry of career public officers. The emphasis for appointment to the top management position of CEO in any ministry seems to be based on one’s unwavering loyalty and obedience to ensure the party’s political success. Quite often, a CEO without any public sector experience or focus will see their responsibility as being mainly to fulfill the will of their Minister instead of being responsible to manage the ministry without sacrificing their integrity, their professionalism while placing the utmost importance on what is the most important asset in their administration – the human resources needed to ensure implementation of the manifesto of the government that will result in the betterment of the lives of the Belizean people.

There continues to be a demand for the return to the function of Permanent Secretaries who should be insulated from political interference. This writer feels that this move would be ideal but may not be realistic. There has to be a symbiosis between the politician as Minister and the Chief Executive Officer as policy implementer and this may not be readily or easily achieved given the manner in which Permanent Secretaries are elevated in accordance with the Public Service regulations and not by political affiliation. At this point, the Public Service has been so decimated that this writer feels that it is not in a position to return to the policy of appointing career Public Officers as Permanent Secretaries.