Prime Minister maintains his position on Dr. Marvin Manzanero; willing to support Minister Kevin Bernard’s decision to bring him back 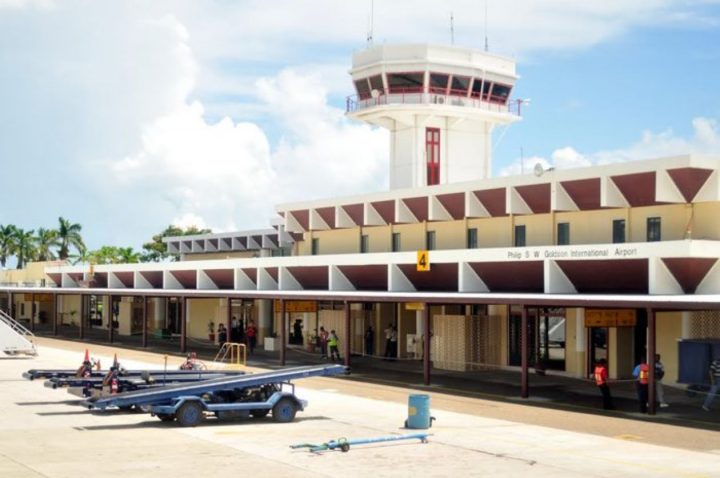 By Aaron Humes: A press conference by the Ministry of Foreign Affairs is scheduled for 11 a.m. in Belize City concerning a group of migrants, numbering 38, who have reportedly been refused leave to enter Belize.

Preliminary information is that a COPA Airlines flight from Panama landed on Tuesday evening with the group, many from Venezuela. The pilot allegedly refused to fly the group back to Panama after Immigration authorities refused leave to enter and the group have spent the last day and a half at the Queen Street Police Station.

Attorney Orson J. Elrington told reporters on Wednesday afternoon that he has been denied access to the majority of the migrants, only being able to speak to two of them. He further alleged that at least one minor was in the group, and that they had not been fed and watered since being brought to the station.

Elrington charges the Government and the State with ill-treatment and human rights violations of his clients, which has been supported with a statement from the Human Rights Commission of Belize (HRCB), chaired by attorney Leo Bradley, Jr.

The HRCB’s investigations confirmed the denial of entry “without being given any proper reason,” the detention at Queen Street and refusal of proper communication with legal counsel.

The Commission notes that “We have not been able to clearly assess whether these individuals indeed have international protection needs,” but asserts that because fleeing persecution is a long-standing reason for seeking asylum in other countries, such persons are to be protected and allowed to process their application instead of essentially “treating them as criminals.”

On the allegation of authorities reportedly demanding they be flown back to Panama and presumably to Venezuela, the Commission states, “It is important to note, that in cases where individuals are returned to a country where violence and possibly death awaits them, then we have failed as a state to protect the rights of these individuals. This country is a signatory to the Refugee Convention. No one forced the State to be a signatory. The humane and honorable thing needs to be done. The law states what needs to be done in cases like this and it certainly does not condone actions like the present which violates the human rights of persons.”