Landslides, damage to roads and homes reported in Guatemala after strong 6.8 quake rocks country in middle of the night 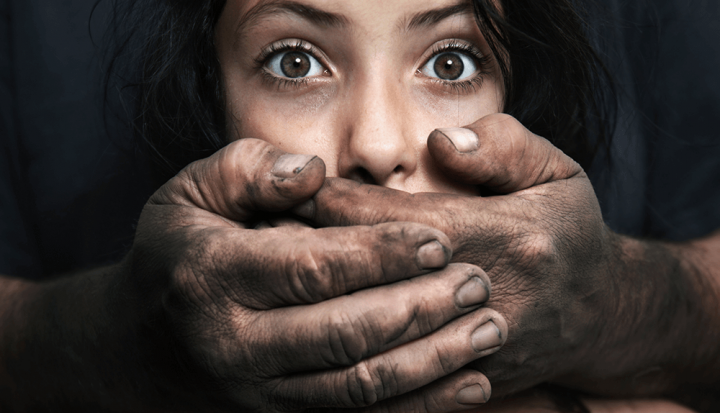 By Dorian Barrow, Ph.D., Florida State University: In a recent publication in a refereed journal by Galen University’s professor, Dr Deborah Mencias McMillan, entitled “Analysis of Black Female Belizean Stereotypes in Visual Media: Jezebel, Mammy, Glama-gal and their contributions to Violence Against Women”, she presented a grim statistic that underscores the seriousness of the current level of domestic violence (DV) that exist in Belize. “However, we also recognize” she says on p.4 “that the patriarchal society structure in which Belizean women exist contributes to 50% of women reporting being a victim of intimate partner violence during their adult life”. 50% is a very high number. It represents half of the women in Belize 18 years and over. But how many of them do actually report being a victim of domestic violence? I speculated over that number this Valentine’s Day Weekend when I heard of the murder of 23-year-old Karina Andrews in Belmopan and 21-year-old Melanie Hub in Cayo, and wondered if we are not now at the tipping point and if it wasn’t now high time for the whole society to specifically focus on providing more services for the abused women in our country before it becomes too late!

The purpose of this essay, therefore, is to highlight what I see as the plight of the large number of battered women in Belize, and to suggest ways how the society can become more proactive and more responsive to these women’s dire circumstances. Several questions guided my reflections through this. The first was what in Belize do we consider domestic violence? Secondly, what are the visible behaviours of victims of domestic violence, and who are these victims? Finally, I reflected on: how can the society become more responsive to their plight? This essay tries to make more explicit my thoughts on these questions.

According to the literature, because the notion of domestic violence is context related, it has many definitions. In the Belize context, I take domestic violence to mean violent or aggressive behaviour within the home typically involving the violent abuse of a spouse or partner. In other words, for me domestic violence is violence committed by someone in the victim’s domestic circle. This includes partners and ex-partners, immediate family members, other relatives and friends. Domestic violence against women can take the form of physical, sexual, or psychological abuse, and It refers to injury and harm, or of injury and harm, caused by an adult male, especially the husband or ‘male’ partner, against his wife or girlfriend. Injury may be caused by physically beating up the woman, or by emotionally abusing her. Emotional abuse of women includes verbal, sexual, and economic abuse.

True domestic violence is one of the leading causes of injury to women in Belize – more than car accidents, muggings and rape combined. This pattern exists not only in Belize but is replicated elsewhere. For example, ½ of the homeless women and children in the U.S. are fleeing from domestic violence, and every 9 seconds in the US a woman is assaulted or beaten. Because violence to people takes many forms, the experts divide violence into three broad categories according to who are the perpetrators and victims of violent acts. The categories include self-directed violence, interpersonal violence, and collective violence. Domestic violence is of the interpersonal variety that often consists of hidden tragedies and crimes. Tragedies range from physical violence, almost always against women, to long lasting psychological scars in both the direct targets and children in domestic violence-homes.

But why has domestic violence become such a ubiquitous issue in Belize? For me, this is largely because domestic violence in the country has had a significant impact on the general health and well being of individuals by causing physical injuries, anxiety, or depression, impairing social skills and increasing the likelihood that victims will be engaged in practices harmful to their health such as self-harm, substance abuse, and more commonly, violent murders. Additionally, the cost and consequence of violence against women last for generations. Children, for example, who witness domestic violence are at increased risk of anxiety, depression, low self-esteem and poor school performance, among other things that harm their well-being and personal development.

But in addition to the individual, domestic violence, most importantly, affects the whole society. In Belize it has been shown by several studies coming out of the Ministries of Human Services and Health and Wellness, that domestic violence victims have much higher than usual tendencies to have physical problems like ulcers and heart problems, mental problems like depression, and recently Dr Arnold’s own admission to her Post-traumatic Stress Disorder (PTSD) and her social problems with relationships. Emotional domestic abuse can lead to such psychosis, which is a reaction to psychological trauma that develops in response to actual or threatened extreme danger or personal injury including those having its roots in forms of abuse ranging from physical abuse to sexual abuse, to emotional abuse. Furthermore, children raised in domestic violence-homes are vastly greater at risk of being victims of physical violence themselves. Statistically, they show life-time psychological and health effects including becoming abusers themselves, a tragic inheritance. This is true even in affluent homes, where the financial resources can become a screen that can hide and protect the abuser from legal consequences.

But why do Belizean women stay in these toxic relationships? They stay, in part, because abuse and disrespect in a relationship go a long way into chipping away a person’s self-esteem. The toxic partner uses this knowledge to get his partner to feel inferior and ashamed about herself. Low self-esteem, the experts say, is one of the commonest reasons that people stay in bad relationships. But what can we do as a society to try and arrest this terrible situation?

If there is the National Will, I think that there are several things that we can do, and that we need to do fast! First, a deeply qualified panel of expert stakeholders need to be assembled to explore the hidden tragedies, and crimes, of domestic violence in Belize. The goal of this would be to raise awareness about the many sensitive issues that are not always acknowledged or discussed, and to give our citizens a safe place to talk openly about this difficult subject and to connect domestic violence victims with local resources that can help them, whether they are in an abusive relationship or know of someone who is. More importantly, the domestic violence victims in Belize must band together as a community to help each other to reduce domestic violence here at home. We need to not only do a better job of conveying an overarching message that help is available despite the fact that the fear of physical and/or financial retaliations and shame remain huge barriers to a victim seeking help. The bottom line to me is that we all need, including the Government and Civil Society, to provide more and better services and support for the abused in our Society.

Do feel free to use the column below to challenge any or all the issues raised above in this piece, and let’s get the discussion on domestic violence in the country going.