Royals “excited” to come to Belize 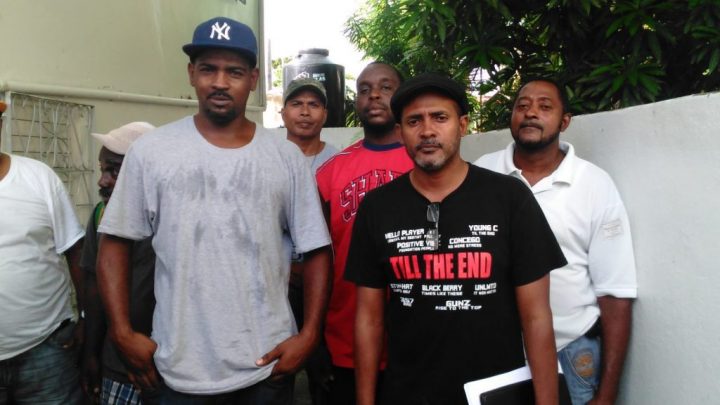 By Aaron Humes: Christian Workers Union (CWU) president Evan “Mose” Hyde informed reporters at the end of its press briefing this week that in the month since the ruling of the Essential Services Arbitration Tribunal against the Port of Belize Limited (PBL), it has not moved to implement any of the orders made.

In January, the Essential Services Arbitration Tribunal had delivered its ruling on the dispute between the CWU and PBL. In that ruling, the five-member tribunal had directed that PBL confirm the primary stevedores as registered stevedores; promote the twenty-eight secondary substitutes to primary substitutes and invite them to participate in Port of Belize Limited’s insurance scheme and pay their share of contributions to the retirement savings. The tribunal had stated that the PBL was directed to follow its ruling within fourteen days.

They have heard nothing since then from the Port, says Hyde: “There has been no correspondence or to indicate how they intend to handle it. Zero. The tribunal ruling on the 27th of January. There was an early, the last time I met with you guys, I stated the fact that we were encouraged that there were certain things being done that seemed like they are going to comply to at least the promotions but to this day they have not implemented the promotions.”

Hyde continued that neither the CWU nor the tribunal seems to have the power to force the port to follow the ruling, leaving the union to feel as if it’s trapped in “tigah mouth”: “Belize, that’s where we are. Essentially and while in the tiger’s mouth we still have to negotiate with the tiger on a separate interest besides the fact that he has his jaw around our neck.”

The Union is being sued for disruption of the Port’s activities from January 20 to 28 including special damages of over a million dollars and faces an injunction hearing to prevent distribution of the $1.5 million given to them by Government in respect of compensation for the losses sustained by privatization of the Port dating back to 2002. The injunction case will reportedly be heard on Monday.