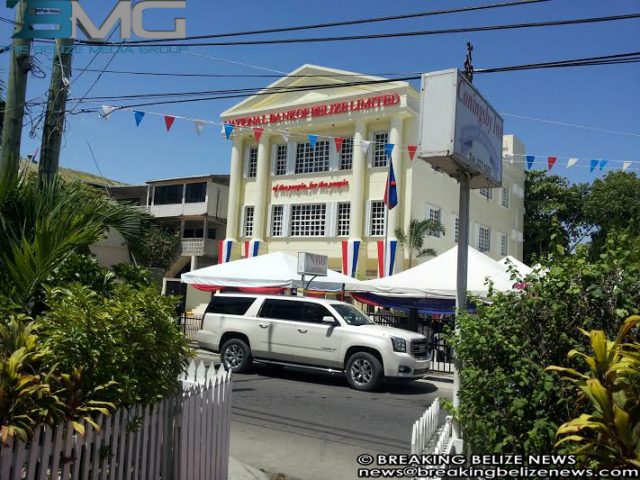 By Aaron Humes: Whether out of being misguided or ignorant or just generally scared, the Christian Workers’ Union has found itself in a noose with regard to finances in local banks.

The Union and the Government opened a particular account at the National Bank of Belize to handle disbursements, but some stevedores had not been able to cash their cheques up to late Monday afternoon when banks typically close.

Today President Evan “Mose” Hyde told the press, “We have not been able to even access our online information, so we don’t even have an ability to do any kind of reconciliation because it would appear like to me that online access to the account has been blocked. So, we’re not even able to log in. So right now, as we are speaking, we don’t even know what’s left in the account. Obviously, there is going to be money left in the account which is obviously under the injunction but we can’t tell you what has actually come out.”

More worryingly according to Hyde, the Union’s own accounts at another unconnected bank as well as at the National Bank are effectively closed, rendering them unable to do business as simple as make payments to keep the Dean Street office running: “We are trying to resolve it but based on, based on how we are being treated right now, like some kind of financial pariah, so overall I am saying to you that what is emerging [is that] banks are very uncomfortable to deal with us and I believe that this is also a consequence. This is a part of that, it must be that the decision has been made that it’s best to not have that log-in work. Maybe it is an I.T. [information technology] issue at the bank, but it would be a strange timed one, but that’s where it is for us now.”

Attorney Darrell Bradley says it will be necessary to correspond with the banks affected to assure them that only the $1.5 million or what is left of it at the National Bank is injuncted and not any other funds, so that the Union can continue to do business.

The case before the Supreme Court will be heard on March 16.