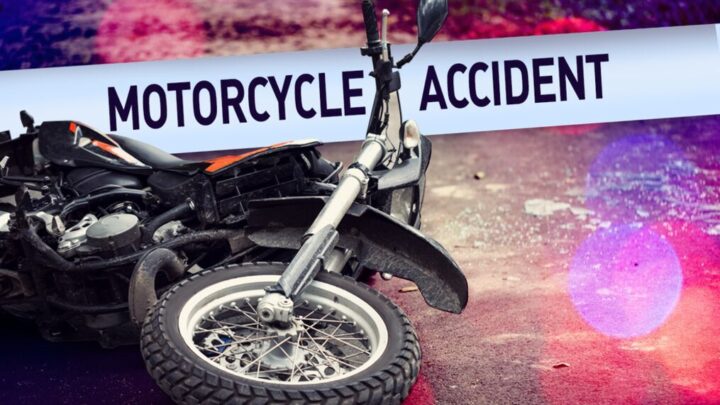 By Hugh O’Brien: An accident on Wednesday between a passenger bus and a motorcycle in Gardenia village resulted in injuries to the two men who were on the motorcycle.

Just after 8 pm on Wednesday, Sandhill police responded to a report of a traffic accident in Biscayne Village on the Philip Goldson Highway. Upon arrival they observed a purple bus marked “Dawson Bus Service” cross way on the road and with its left signal light on. Stuck under the back portion of the bus was an extensively damaged blue motorcycle.

At the scene of the accident were also two men, both with bodily abrasions they received when they were allegedly flung from the motorcycle during the accident. The men were identified as 18-year-old Lindon Requena and 18-year-old Richard Dominquez, both of Gardenia Village in the Belize District. Both men were transported to the Karl Heusner Memorial Hospital (KHMH) for treatment.

Initial investigations reveal that the bus, driven by Alwin Dawson at the time, was heading from Biscayne to Gardenia. As the bus attempted to make a left turn, in Gardenia Village, the motorcycle allegedly crashed into the bus, causing the two 18-year-old men to be flung from the motorcycle and receiving injuries.