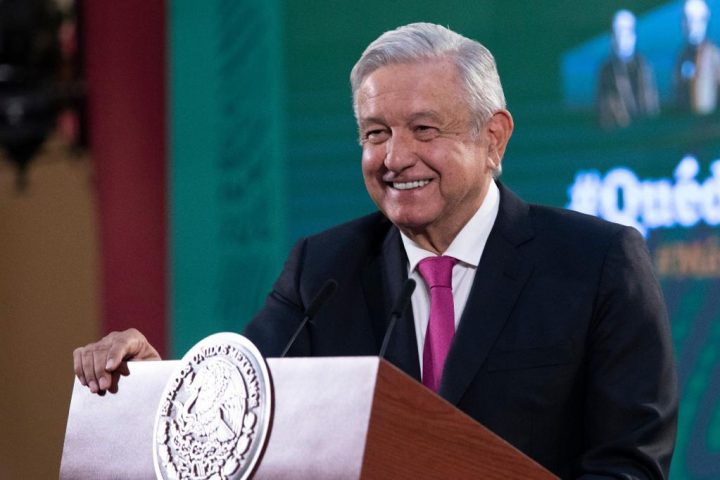 By Aaron Humes: Beginning later this morning, Prime Minister John Briceño will welcome Mexican President Andrés Manuel López Obrador for a few hours as he continues his tour of northern Central America and Cuba – five countries in as many days.

AMLO, as he is popularly known, will arrive at the Philip Goldson International Airport, Ladyville, around 11:30 a.m. from which he will be ferried to the Edward Laing Building, headquarters of the Ministry of Foreign Affairs in Belize City. After meeting with the Prime Minister, they will issue a joint press statement just before 2 p.m. after which he leaves just before 4 p.m. this evening.

President López Obrador is expected to discuss his approach to development and ways it might help alleviate the pressure to migrate. Both Mexico and Belize are pressure points for populations of other countries in the region to traverse on their way to the United States, whether by caravan, plane, or other transportation.

The President has regularly said that the best foreign policy is good domestic policy, but has made multiple visits to the United States as Mexico seeks to reassert itself as a leader in Latin America. It also unifies the northern triangle of the region, containing some leaders under pressure from the U.S. government and others for their alleged anti-democratic tendencies.

Breaking Belize News will have coverage as it happens this afternoon.