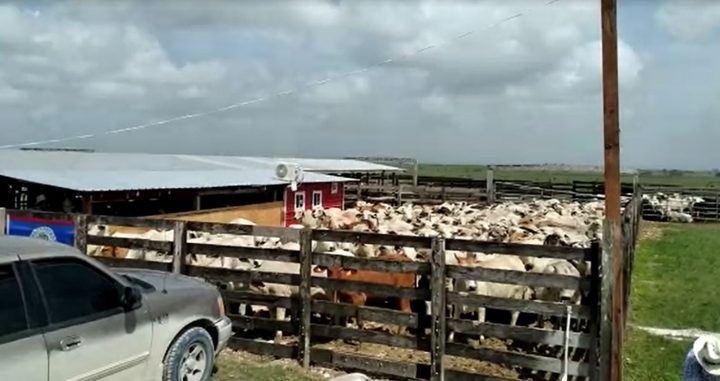 The announcement by the Mexican President will contribute significantly to the development of the cattle industry in Belize, and further consolidates the ability of local cattle farmers to maximize their revenues from the growing cattle trade with our friendly neighbor, Mexico, especially since we now have two major export outlets for our cattle, Guatemala and Mexico.

It is our view that the decision by President Andrés Manuel Lopez Obrador is a strategic one that resulted from continuous lobbying efforts by the Government of Belize in close collaboration with the Belize Livestock Producers Association, led in particular by Minister of Agriculture, Food Security and Enterprise, Honorable Jose Abelardo Mai, Minister of Foreign Affairs and Foreign Trade, Honorable Eamon Courtenay, and special intervention by the Prime Minister of Belize, Honorable John Briceno.

The BLPA and its members are elated as we are experiencing times ‘like never before’ and now our cattle industry will be able to grow by ‘leaps and bounds’. This upbeat spirit began with the opening of the cross-border trade with Guatemala by current Minister Jose Abelardo Mai, and the strategic coordination and relentless support that has occurred between Belize and Mexican officials, collaboration between the Belize Agriculture Health Authority (BAHA) and El Servicio Nacional de Sanidad, Inocuidad y Calidad Agroalimentaria (SENASICA – Mexican Animal Health and Agriculture Food Safety), Organizasion Internasional Regional de Sanidad Agropecuaria (OIRSA) and the dedication and commitment of our farmers to grow quality beef cattle for the local and export market.

Most of our recent cattle exports to Mexico are being purchased by Mexican company SuKarne which is paying $2.10 per pound to the livestock producers. With the decision to waive the 15% tariff and the efforts by Belizean government officials to streamline the export process and reduce the costs especially for physical cattle inspection by the Mexican veterinarians, it is expected that the price offered to Belizean cattle farmers will increase in the short run.

Despite the announcement by the Mexican President, cattle destined for Mexico must still be vaccinated against diseases of sanitary concern and tested for brucellosis and tuberculosis and quarantined at least 21 days before exportation, and has to be properly treated against ectoparasites.

The BLPA congratulates the livestock producers on these milestone achievements and applauds the Government of Belize, in particular the Minister of Agriculture, Minister of Foreign Affairs and Trade and the Prime Minister of Belize, for their outstanding and unwavering support.

God bless Belize, God bless the farmers and their families!