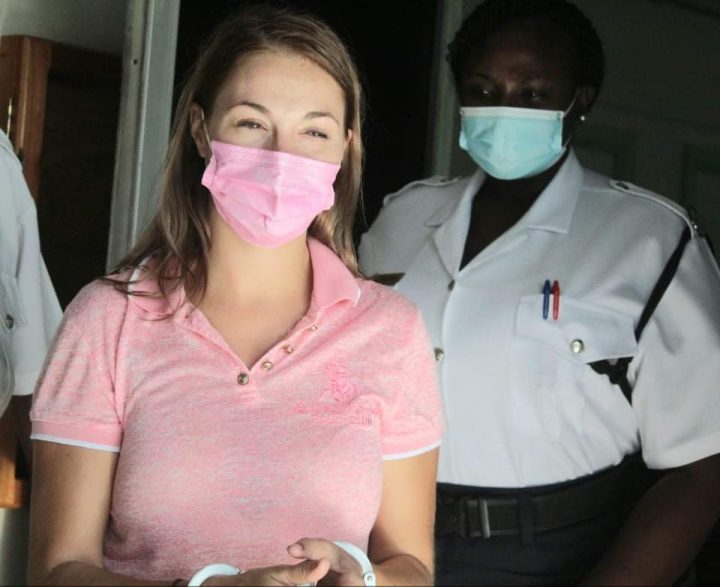 By Aaron Humes: Suspicions concerning who, if anyone, ordered the assassination of the Commissioner of Police and a Magistrate appear to have fallen on Jasmine Hartin, 33, already charged with manslaughter by negligence in the shooting death of Senior Superintendent Henry Jemmott last May.

While she awaits the first appearance in the Supreme Court on that case in June, she was detained in Caye Caulker, her current area of residence, earlier this week and brought to Belize City for questioning. Early this morning she was released from the Queen Street Police Station and reportedly has returned to Caye Caulker.

The man making the allegations against Hartin is former partner turned accused rapist Lionel Neal, who is out on bail but must only return to Caye Caulker with a police escort to collect the remainder of the items that he claims remain in Hartin’s home.

Both have been eager to cast suspicion on the other in televised interviews in the past few days, Neal charging that while he may not have personally seen Hartin order a hit, she certainly spoke of wanting to kill those who opposed her, not limited to the Commissioner and Magistrate in question.

Hartin and her attorney Richard “Dickie” Bradley have on the other hand insisted that she is innocent of this claim, because there would be no benefit to it for her and because Neal is attempting both blackmail and extortion on Hartin in order to cover his alleged assault of her.