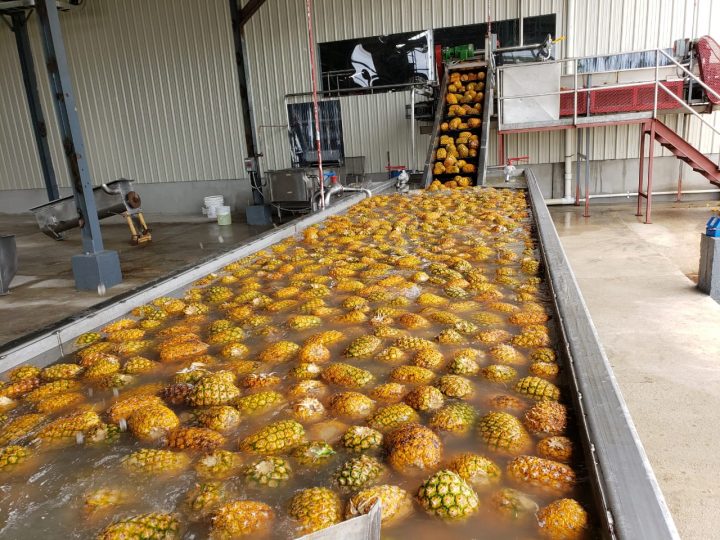 By Hugh O’Brien: New processing facilities and investments are coming to the agriculture sector according to Minister of Agriculture, Food Security and Enterprise, Jose Abelardo Mai.

Mai announced the good news in the address he delivered at the opening of the agriculture and trade show in Belmopan on Friday noting that “despite the lingering effects of the COVID induced challenges, farmers increased production from $560 million in 2020 to $620 million in 2021, a whopping $60 million more.”

“I do not know if it is the confidence in me alone as the Minister of Agriculture, or the PUP government in general, ably led by Prime Minister John Briceno, but I’d prefer to say kudos to our farmers…let’s salute them for going beyond the call of duty, for being highly productive and patriotic in a time of crisis.”

The Agriculture Minister promised that the citrus industry will rise once again saying that this year deliveries to the factory is 1.2 million boxes and that it is expected that production will stabilized at around 1.5 million boxes until the new acreages being planted comes into production. Already some 2,000 plus new acres of oranges and grapefruit have been planted with new varieties that are tolerant to citrus greening and 11 small and medium farmers have applied for $1.1 million in loans from the new $15 million financing facility being managed by the DFC.

Also in the Stann Creek district, a new processing plant costing in excess of $10 million is nearing completion in Silk Grass village. This state of the art plant is targeting the processing of coconut oil, coconut water, coconut milk and other coconut products, blended and other non-tropical fruit juices, and products such as ‘guacamole’ from avocados, vanilla and other new and innovative products from traditional and non-traditional fruit trees. This plant is not fully completed but will be commissioned shortly, and once operational, it will have the ability to ‘tetrapak’ its products in order to extend their shelf life.

The confidence is so high in the dairy sector, bragged Minister Mai, that recently just under $3 million was invested in an Ultra High Temperature (UHT) milk processing plant. This new facility will extend the shelf-life of milk from a few days for fresh milk to three (3) months for the UHT milk. Thenew plant was officially opened by Prime Minister in March of this year and already milk production has seen a 15%  increase and no longer is milk being dumped.

In addition, the Agriculture Minister reported that ground was recently broken for a $12 million investment in a soybean oil refinery in the West, and a separate oil processing facility is to be constructed in the North. Coupled with that, he said the hatchery for poultry is being modernized and a new $6 million minsa (corn flour) factory “has been ordered that will ensure that all the minsa that Belize consumes will be produced in Belize, saving our country of some $6 million in foreign exchange.”

Mai said he expects the Ministry and its partners will keep pushing ahead taking advantage of the opportunities that are presented to Belize.