Motorcyclist tried to bribe cop with $20; charged for attempted bribery 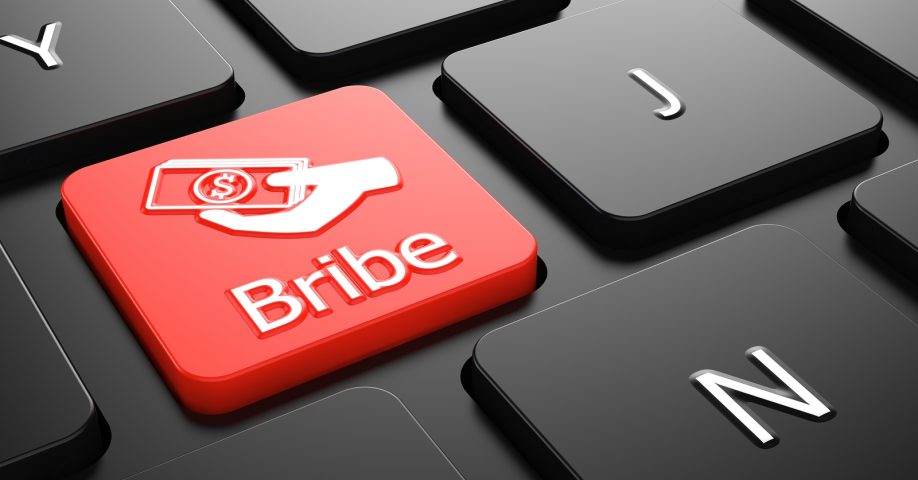 Bribe with Money in the Hand Icon - Red Button on Black Computer Keyboard.

By Aaron Humes: Twenty dollars wasn’t enough to sway an honest police officer from looking the other way when a Belize City man was caught without his license and insurance papers and his passenger without a motorcycle helmet.

21-year-old George Aldana of Antelope Street was charged with attempting to corrupt Police Corporal Jareel Savery by offering a bribe of $20 on June 4.

He pleaded not guilty and was offered bail of 100 times the amount of the offered bribe – $2,000.

Corporal Savery and two other policemen were on mobile patrol on Coney Drive when their attention was drawn to two men on a motorcycle. The passenger, seated behind the driver, was not wearing a helmet.

Police got the men to pull over and identified the driver as Aldana. When asked for his driver’s license and insurance for the motorcycle, he was not able to provide either. The officers informed them that the vehicle would be impounded and he would be charged.

Allegedly, this is when Aldana asked the officer to “give him a run” and showed him the $20 bill.

Corporal Savery informed him of what he was attempting to do and warned him twice not to do it, but when he motioned and Aldana handed over the money, he was promptly arrested and charged.

Aldana was not able to post bail as the court closed early and so he was remanded pending bail until August 9.