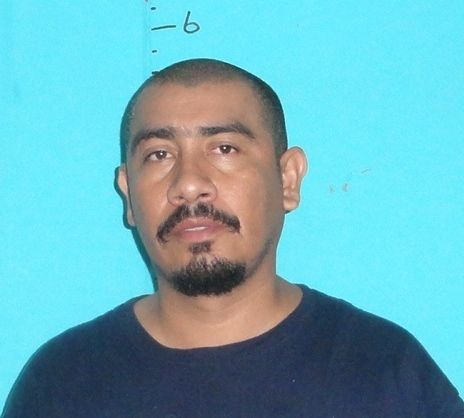 By Aaron Humes: Following the sentencing this week of Noe Gonzalez, Angel Cardenas, and Mateo Pott Junior for murder and manslaughter respectively in the abduction and murder of seventy-one-year-old Ramon Cervantes Senior, in July 2014, there is still one major loose end.

His name is Manuel Castillo, nicknamed “El Pelon,” suspected to be the mastermind behind the killing but managing to escape lawful custody.

Ramon “Monchi” Cervantes Junior, now an area representative and Minister of State, told the press in his native Orange Walk that they haven’t forgotten Castillo, even if local police seem to have: “I don’t even know if they are moving. You know, we’ve been pressing on this with the… they always tell us it’s at Interpol, it’s at Interpol. I mean, the other day I saw a red flag on a former minister, who was a minister just a few years ago, being put on the red flag in Interpol, and this guy Castillo hasn’t even come up on that, so I don’t even know what they are doing and I am asking once again, the police department, especially Interpol, to move up on it, you know. We must be able to do something through the authorities, through the proper authorities and I think it is incumbent upon them, upon the police department and I ask the Commissioner [of Police] to step up on the Interpol department or whoever is in charge of Interpol to move on this case. We must get this guy and get the full complete story.”

Cervantes added Castillo may be the key to finally finding out why ‘Don Ramon’ was killed: “We still don’t have the full story and that’s why I said in the initial, you know, the sentencing of these guys, it’s the completion of a part of it. We don’t know anything for sure, anything that’s definite. The only thing we know is what has happened.”

But Commissioner of Police Chester Williams refuted suggestions of police malaise in his Wednesday press briefing: “I don’t know how the minister would say that because I personally had spoken to the minister about that matter and we certainly are in dialogue with Interpol and, in particular, our Mexican counterparts because we believe that this individual may be in Mexico. The issue is, or the difficulty is that they have not been able to locate him, but it is a live issue and we continue to be in search of that individual.”