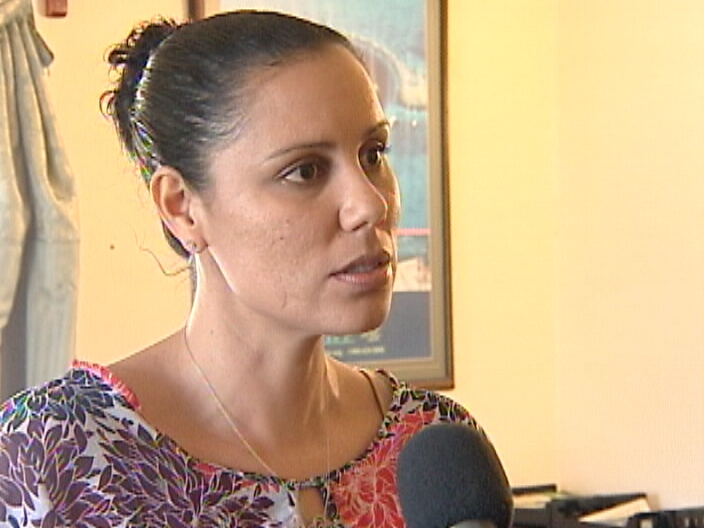 By Aaron Humes: The Government of Belize is hitting back hard at claims preparation is being made to do seismic testing in our waters, in order to prepare to eventually proceed to offshore oil drilling.

Last week, Oceana Belize vice president, Janelle Chanona, related that she believed that the government was planning to lift the ban on offshore drilling and to counteract that, Oceana has launched a petition which would hopefully trigger a referendum for the people to decide the course of action.

Hours later, a government statement insisted that the reason they were looking into seismic testing was to find out what assets were underwater for leveraging those assets.

Prime Minister John Briceño told reporters in Dangriga over the weekend that Chanona’s reporting of their September conversation was misleading and worse: “The idea behind that I was saying that if we can, and we are not talking first of all, we are not talking about the reef – we are talking way in the deep in our exclusive economic zone. What if we could find an oil field say 500 million barrels of oil, what I said is that once if we know that we have that, we know we have an asset that we could go to the rich countries and tell them to pay us to keep it there. We don’t want to take it out but pay us for it and that’s the discussion that she and I were having. At no time were we talking about going behind the Belizeans’ back to go and do any kind of offshore drilling.”

The Prime Minister added notes were taken of the meeting by CEO Narda Garcia which will show that the Government was not being underhanded and that Chanona had her own motives: “… to be able to try to turn it around as if the government is trying to do something behind the public’s back, I find it disgusting that she would say such things. I thought she was a more honorable person that we could speak frankly and honestly because she was not being honest…it is obvious that maybe she is trying to make herself relevant or trying to show her bosses that she’s earning her money. You don’t do that when you have this kind of discussion and I’m very upset and disappointed that she would say such a thing.”

But Chanona is unfazed, telling Channel 7 News that the Government’s intentions have been confirmed, if not the method and means: “I think it was a relief for me personally to read that contracts had not yet been signed with the seismic studies because I think as we’ve talked about before as well. Usually, we find out about contracts being signed after the fact, and usually, there is a big bill attached. So that was a personal relief and I think the other big takeaway from this weekend is also that this is now a national conversation. These are shared resources and that’s what we want. We want Belizeans to be engaged, we want people to be talking about this, because at the end of the day whatever happens next on offshore oil will affect all of us, so all of us should be talking about it and have a vote on that.”