Caye Caulker resident busted with more than 60 pieces of undersized conch fined over $5,000

John Saldivar holds out hope that designation can be lifted; appeals to people of Belmopan 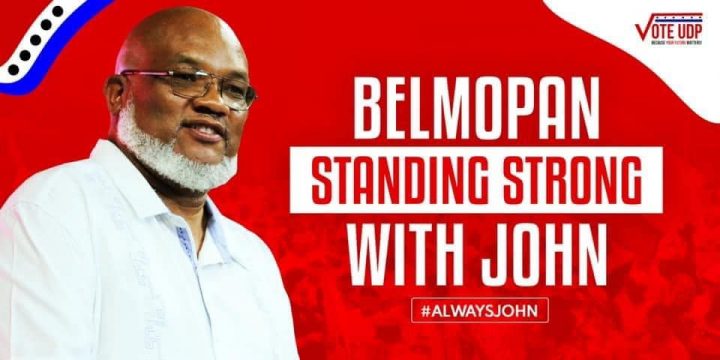 By Aaron Humes: While the United States has had its say, will those against John Saldivar have their way?

On Thursday, the candidate to be United Democratic Party standard bearer said he was confident that the people of Belmopan understood his plight and will work past “political persecution” to allow him to represent them: “There is the possibility that the designation can be removed and if I decide to explore that possibility, that is an option for me. What I do now, what I say now, is directed to my people in Belmopan especially, since I do not aspire to any national office: my people in Belmopan are the people that I appeal to, in terms of saying to them, no evidence has been brought against me, and unless and until that is done, my people in Belmopan will respect my right for due process and natural justice.” He added that his read of the streets in the last week has shown that he has support in the capital.

Saldivar went on to note that he has been dealing with allegations like this since the “Danny Mason saga” in 2015 but remains “a major player” in Belizean politics because he has support from voters in Belmopan and within the UDP, and he can prove that, at least, when the Belmopan standard-bearer convention comes up because he has put in the work and that is appreciated.

But before that, he plans to appear before the party Special Committee next week and to prove to his naysayers that perception is not reality. He notes that the National Party Council may be a follow-up option if for some reason the Committee votes against him but he has not made up his mind on that score as yet. He also acknowledged that the party is having a difficult time with the allegations and has no issue with leader Moses “Shyne” Barrow’s conduct on the issue.