The significance of Good Friday

Last year, the towns of San Ignacio/Santa Elena and Benque Viejo del Carmen completed 110 years since they were founded. Since October 1904, these 2 towns have changed significantly, and this 110 year period is carved by a rich history. The Archives Department has a commendable record of photos and records, and historians like Mr. Hector Silva, Mr. David Ruiz and Mr. Alfonso Tzul, have put in great effort to document the history of El Cayo, Benque Viejo and the mayas of this area.

It is the intention of this essay to build upon the work of these historians by simply bringing to the forefront a part of our history that the ruling class and even our maya and mestizo ancestors would wish to bury and forget. As a matter of fact, when both the ruling class and the poor are being interviewed, they simply prefer not to talk about these abuses. I am not a historian myself but I am a firm believer that it is important to document the past as it was and not to hide facts from our present and future generations. In short, we must ensure that our history does not become his-story.

What I am talking about here is the rape and abuse that the maya and mestizo population of the Cayo and Benque area were subjected to by much of the business class that dominated the chicle trade which was the economy of the area for a long time. The business class being referred to are the ‘patrones’ who bought chicle from the chicleros and exported it from Belize. These ‘patrones’ were middlemen and some of them also owned the few grocery shops which existed in the area. The chiclero would go to ‘chicle camp’ and only return home twice during the year.

However, they would send their chicle to the ‘patron’ at frequent intervals while they were in camp with the hope of using the chicle to provide provisions (or food items) for their families as well as accumulate some wealth. The ‘patron’ would maintain a record of these deliveries and a record of the value of the groceries received by the wives and families of the chicleros. The ‘patron’ would also provide the wives with a ‘semanal’ or cash on a fortnightly basis as payments for the chicle received from the husband.   This sounds like a perfect business arrangement that should work to uplift the lives of the chiclero and his family, the ‘patrones’ and grow the economy of the area.

Unfortunately, this was not what happened in many cases. The wives of the chicleros could not add and subtract in those days, while the ‘patrones’ who owned the shops could. Chicleros were never able to pay off the grocery bills of their wives and eventually they became slaves to their new found masters. There are a few famous phrases in Spanish that many older folks can still quote like this one: “cinco que me pediste, cinco que te di y cinco que me debias” meaning “you asked me for five dollars, I paid you five dollars, but I still owe you five dollars”. Another phrase goes like this “zero mata zero, todo para la casa y nada para el chiclero” meaning “zero dollars pays nothing, all for the home and nothing for the chiclero”.

In extreme cases, when the chiclero’s bill was so high or the chiclero became too dependent on the ‘patron’, the ownership of the chiclero and his family reached the point where if the chiclero arrived home whether it was day or night, and see the ‘chancletas’ or slippers of the ‘patron’ at his doorstep, he must wait for the ‘patron’ to finish whatever he was doing before he can go into his own home. More clearly said, the abuse even included ‘sexual favours’ from the wives in their own homes or at the homes of the ‘patron’ before the wives could collect their ‘semanal’. 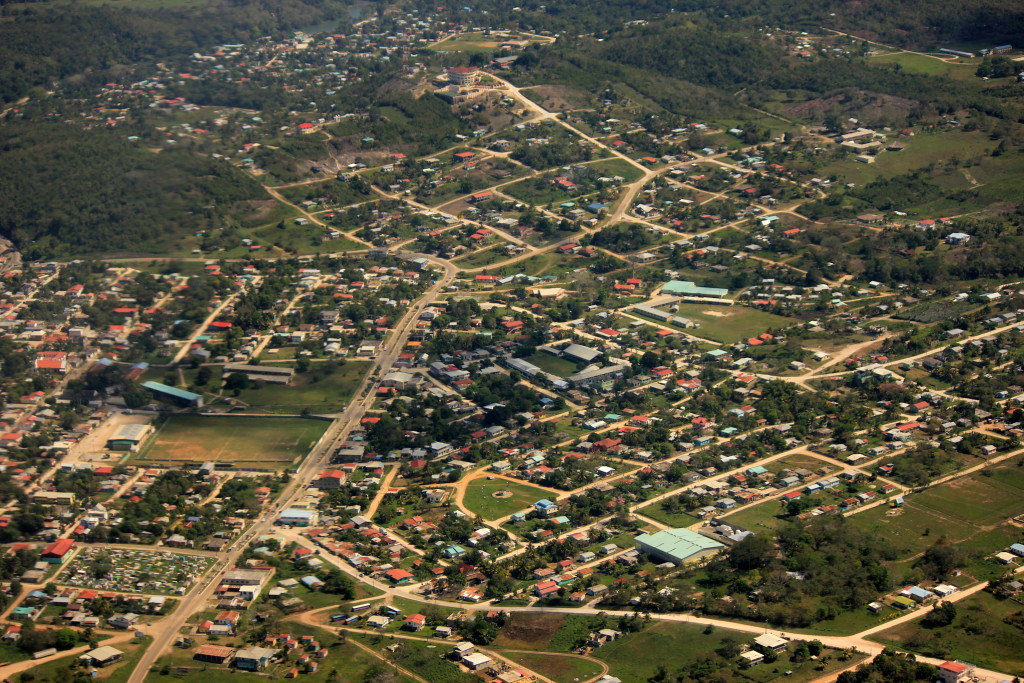 Stories of chicleros who were murdered whilst working and left hanging on the chicle tree, or of an area in Peten near the border with Belize where the remains of the bodies were dumped can still be given by some chicleros. The wives and families would then be told that their husbands died from snake bite or from falling off a chicle tree. Using a combination of ruthless murder and taking advantage of the educational weaknesses of the poorer class, some ‘patrones’ made it difficult or impossible for the chiclero to be out of debt. Who, how or why the big fire of 1971 started in El Cayo is not exactly known but do not be surprised that some of the stories speak about revenge by a member of the poorer class who was a victim of abuse.

Not everyone could just sit by and watch these abuses, and so El Cayo also had its own Robin Hood – Don. Eleuterio Hernandez – a Mexican immigrant who wore a big white cowboy hat, rode a beautiful white horse and always had two pistols strapped around his waist. Depending on who you speak to, Don. Eleuterio Hernandez would be described as a good man or a bad man. The life, adventures, trials and murder of Don. Eleuterio Hernandez and his vivid memory in the minds of almost all of the elder folks in Cayo is another story, though, that will be posted on this site shortly.