Guatemala wants to find a solution to claim on Belize

There is no Sarstoon Protocol! 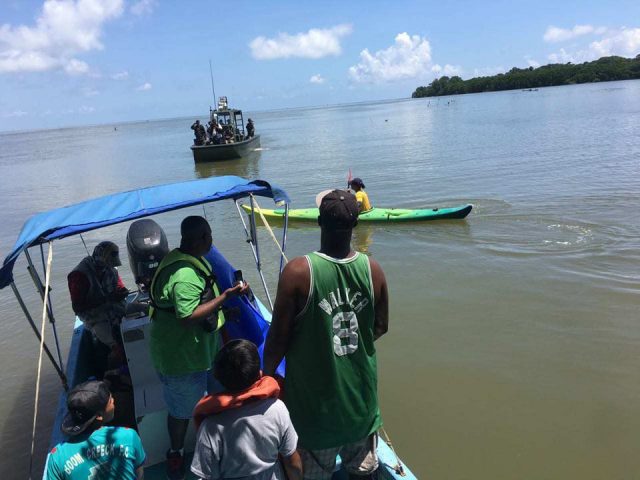 By BBN Staff:Belizeans have long questioned if Belize and Guatemala officially signed a protocol for the Sarstoon River since there have been many confrontations with Belizeans and Guatemalan armed forces.

Guatemalan armed forces continue to intercept Belizeans traversing the Sarstoon River in Southern Belize and on numerous occasions, they have demanded that Belizeans follow the ‘protocol’.

According to Morales, Belize requested that a protocol be signed for the Sarstoon and Guatemala had agreed.

However, after the death of the 13-year old Guatemalan in 2016, Guatemala did not proceed with that protocol because the atmosphere changed. “The death of a kid is terrible and I invite you to remember what we experienced at that moment…. At that moment with Minister Elrington we tried to build a good relation with both countries and we promised each other to not provoke any kind of incidents… But a death of a kid of 13 years old distorts the atmosphere of both countries. The Ambassador of Guatemala to Belize was recalled for almost 2 years until thank God today we have an ambassador in Belize. I think we need to build again and promise both countries to try avoid any kind of incidents because anytime we have an incident, we have this kind of effect in the political arena, in the political atmosphere between both countries,” he said.

Since Morales is no longer Guatemala’s Foreign Affairs Minister, he cautioned that he is not sure of any agreements with Belize and Guatemala’s new foreign minister regarding the Sarstoon.