ComPol to Unions “Mind your business”

ComPol confident he will win in court against Police Association Chairman

Belize Police teaming up with Jamaica Police on several initiatives 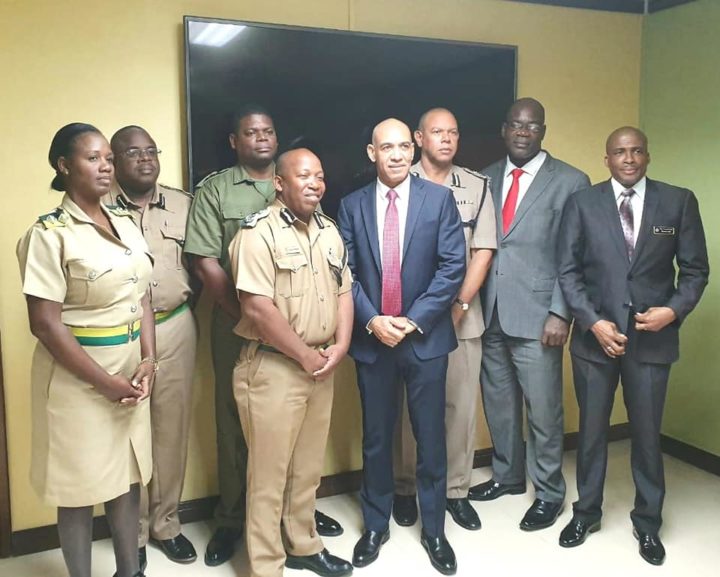 By BBN Staff: Representatives from the Belize Police Department, including Police Commissioner Chester Williams, went on a working visit to Jamaica last week to collaborate with the Jamaica Constabulary Force (JCF) on several initiatives.

Williams said today that representatives from the Ministry of Human Development, UNICEF Belize, and the Belize Defence Force, went on the trip to learn about the Jamaica Centre for the Investigation of Sexual Offences and Child Abuse (CISOCA).

“…it is our intention to look at a one-stop center for domestic violence, sexual assaults, and child abuse. The model in Jamaica is a good one to start with,” Williams said.

Williams said that the Belizean delegation met with the head of the Jamaica Constabulary Force, Major General Anthony Anderson, who pledged to help Belize in the establishment of the country’s center to deal with those types of crimes as well as collaboration in other areas of policing training and capacity building. Anderson also offered to send an officer from Jamaica to Belize to offer guidance and ensure that the center is set up the right way.

Police also visited the Denham Town area of Jamaica, where security forces have an ongoing Safe Zone operation to curb high levels of violent crime. Police went to observe the nature of the Safe Zone operation, and see what can be adopted for Belize.

“Denham town went from averaging about five murders per day, to where currently it is so peaceful that nothing is happening within,” Willians said.

The Safe Zone operation also saw the establishment of an employment skills training center in the area, which Williams said he feels could be done in Belize through the Conscious Youth Development Programme (CYDP). Williams said that there are various other training opportunities upcoming that Belizean Police officers will be able to attend at the invitation of the JCF.