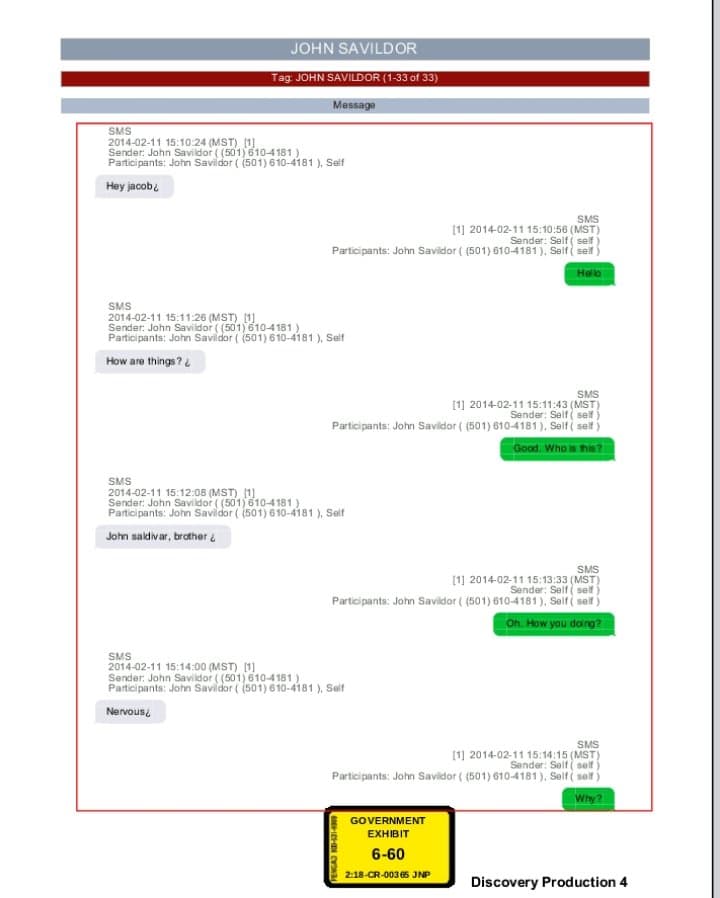 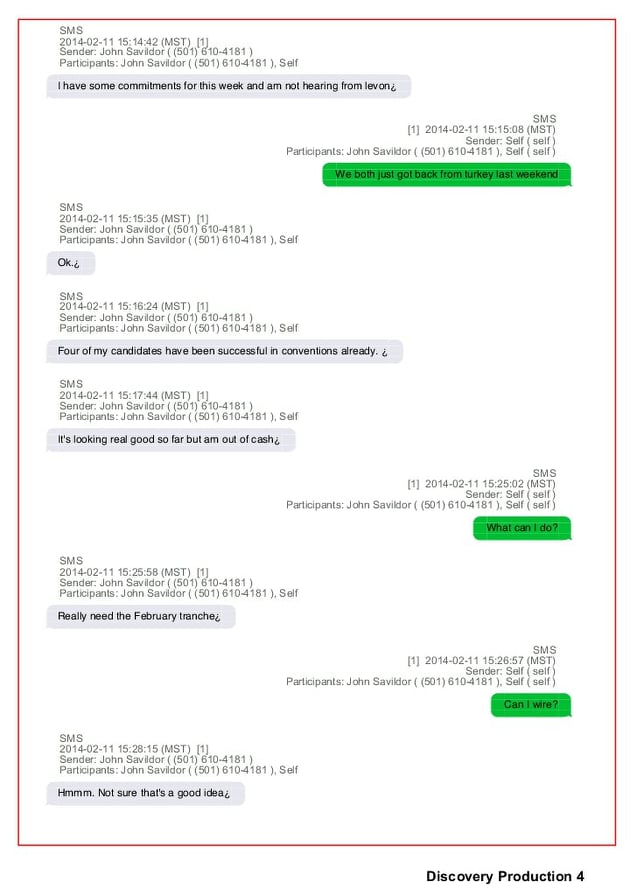 By Aaron Humes: The Salt Lake Tribune and the U.S. District Court of Utah have released to us the transcript of the critical incriminating conversation by text between now-former Minister of National Security John Saldivar (misspelled ‘Savildor’) and Jacob Kingston between February 11 and 16, 2014.

As he testified to in court this week, Kingston, the co-defendant in the Lev Dermen-Washakie Renewable Energy fraud trial, exchanged messages with Saldivar concerning regular payments of US$25,000 from Dermen. While Saldivar insists he was not bribed or asked for a bribe, the context of the conversation concerns the funding of political campaigns in Belize.

After exchanging greetings, Saldivar tells Kingston when asked how he is doing that he is “nervous.” Asked why, he states, “I have some commitments for this week and am not hearing from Levon.”

Kingston then states that he and Dermen had just gotten back from Turkey the previous weekend, to which Saldivar says “OK” and adds, “Four of my candidates have been successful in conventions already. It’s looking really good so far but am out of cash.”

What follows is Kingston asking, “What can I do,” to which Saldivar responds, “Really need the February tranche.”

As previously reported they discuss whether to wire the money and agree on having Saldivar meet the contact, whose first name and telephone number are given in a subsequent section. Saldivar says in this section that “Usual is 25k (thousand), but perhaps it’s best to deal with March at the same time.”

And on February 16 around 12:30 in the morning, Kingston asks Saldivar if he got what he needed, with Saldivar responding around 3:46 a.m., “Yes buddy, Nuff thanks.”

Kingston continued his testimony and started cross-examination by the defense attorney for Dermen, Mark Geragos, on Wednesday, and that continues today. So far Belize has not been mentioned.

The court also accepted a motion to leave out testimony concerning polygamous activity, incest and other related crimes from the trial.

Saldivar has stated he will work on clearing his name. 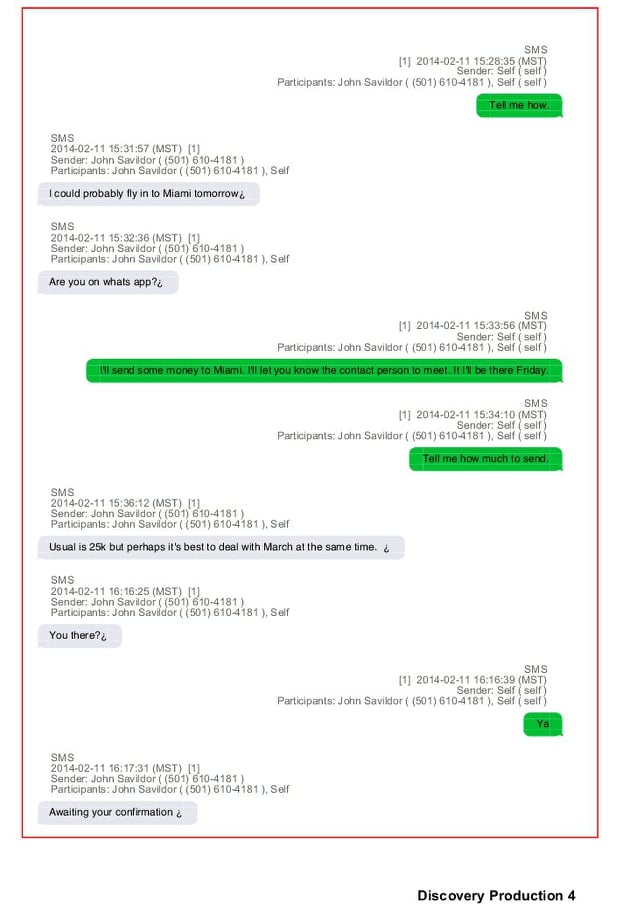 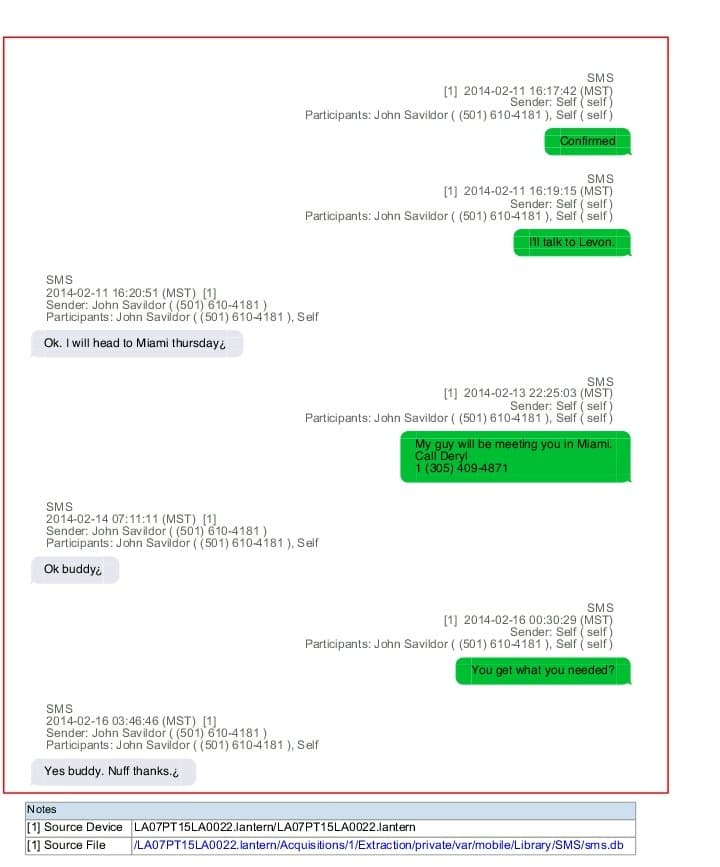