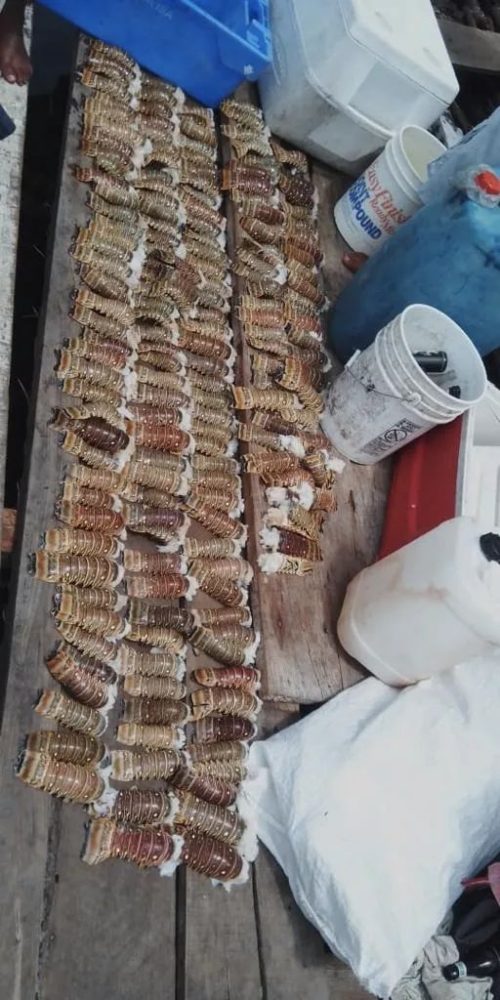 By Benjamin Flowers: The Turneffe Atoll Sustainability Association (TASA)  has reported that two fishermen were caught with over 30 illegal lobster tails.

TASA explained that yesterday its rangers were on a joint strategic patrol with the Belize Coast Guard in the Turneffe Atoll Marine Reserve when they searched a fishing camp. At the camp, they found a vessel named  “Mac Alex DI-First” with One Hundred and Eighty-Nine (189) lobster tails, of which, 34 tails were determined to be undersized and two were softshell. The bust was made the day before the reopening of lobster season.

“Turneffe Atoll Sustainability Association (TASA) hereby reminds all fishers and the general public that: No person shall take in the waters of Belize or buy, sell or have in his possession crawfish (lobster) between the 1st of March and the 30th of June, inclusive, in any year,” TASA said. “The Turneffe fishing stakeholders and the general public are reminded that any person caught in contravention of this regulation will be charged and prosecuted in a Court of Law in accordance to the Fisheries Regulations.”

TASA also said that the two Belize City fishermen caught with the illegal lobster tails will be taken to court today.