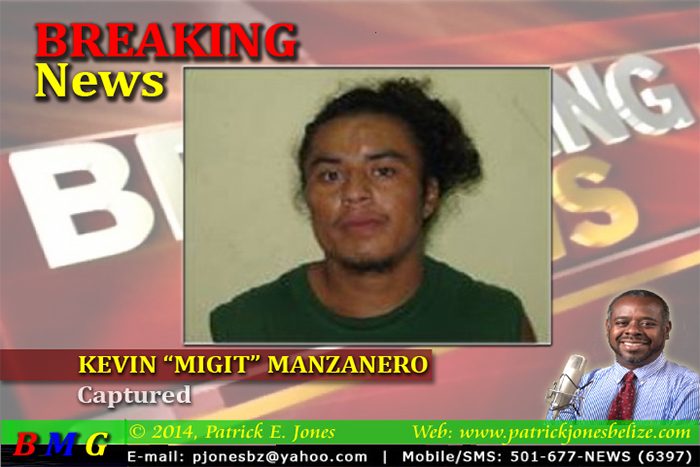 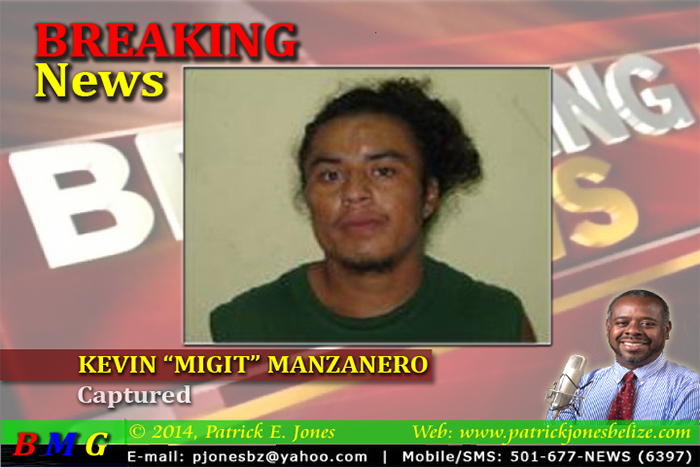 Wanted fugitive Kevin “Migit” manzanero’s run from the police has ended. The 27 year old was taken into custody by police this afternoon after he sought medical attention for chop wounds.

Information received is that Manzanero, one of two men police believe were terrorizing residents of San Ignacio/Santa Elena and Bullet Tree Falls village, was in the process of burglarizing a house on Collins Boulevard on the Bullet Tree Road when he was chopped.

Sources say that Manzanero’s chop wounds were so severe he lost an eye.

The aggravated burglary, or what’s commonly known as home invasion, happened around midnight on Saturday; but it was not until Sunday afternoon that Manzanero sought medical attention at the San Ignacio hospital.

Manzanero and Alex “Cat” Reid, 27, are wanted by police in connection with the murder of San Ignacio resident Freddy Lopez, 56, who was shot and killed on December 23, 2013.

The duo, Manzanero and Reid, is believed to have carried out a series of burglaries and robberies in the San Ignacio/Santa Elena area during the month of December, 2013.