Paul Nabor is laid to rest in Punta Gorda town 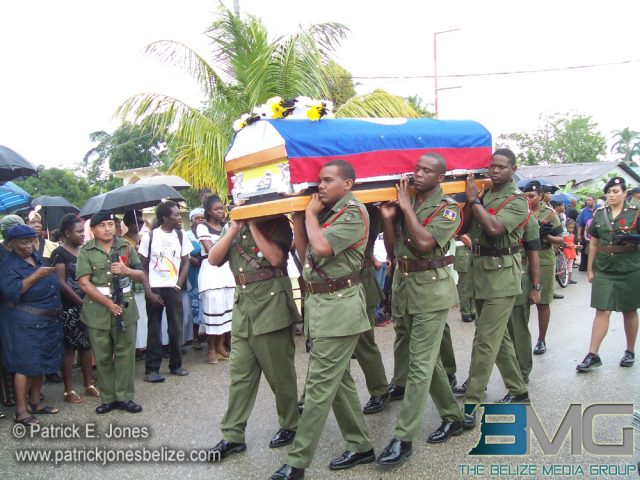 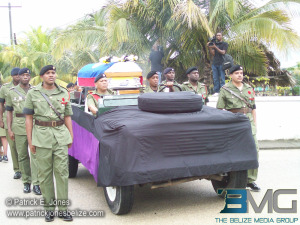 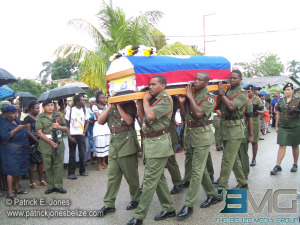 The St. Peter Claver R.C. Church in PG was filled to capacity for the Mass of Thanksgiving for the life of the 86 year old Nabor, who died on October 22 following a long illness. 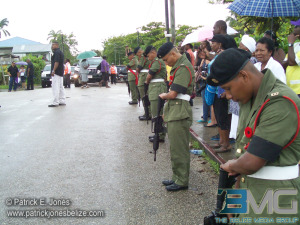 The Eulogy was given by Darius Avila, President of the Battle of the Drums Secretariat.

Following the funeral mass, the flag-draped casket of Nabor was carried in a slow-march by soldiers of the Belize Defence Force to a waiting hearse, which then transported the body to the Punta Gorda cemetery for interment. 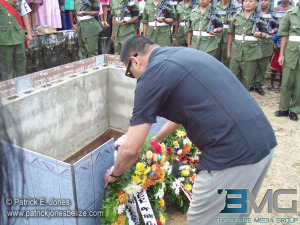 At the cemetery, wreaths were laid at Nabor’s tomb by Governor General, Sir Colville Young, Leader of the Opposition Francis Fonseca, Senator Lisel Alamilla and President of NICH Dianne Haylock.

Following the traditional church service at the grave side, a Garifuna spiritual rights ceremony was held, before the tomb was sealed.

Dispite overcast skies and a slight drizzle, Belizeans from across the nation turned out for today’s funeral. 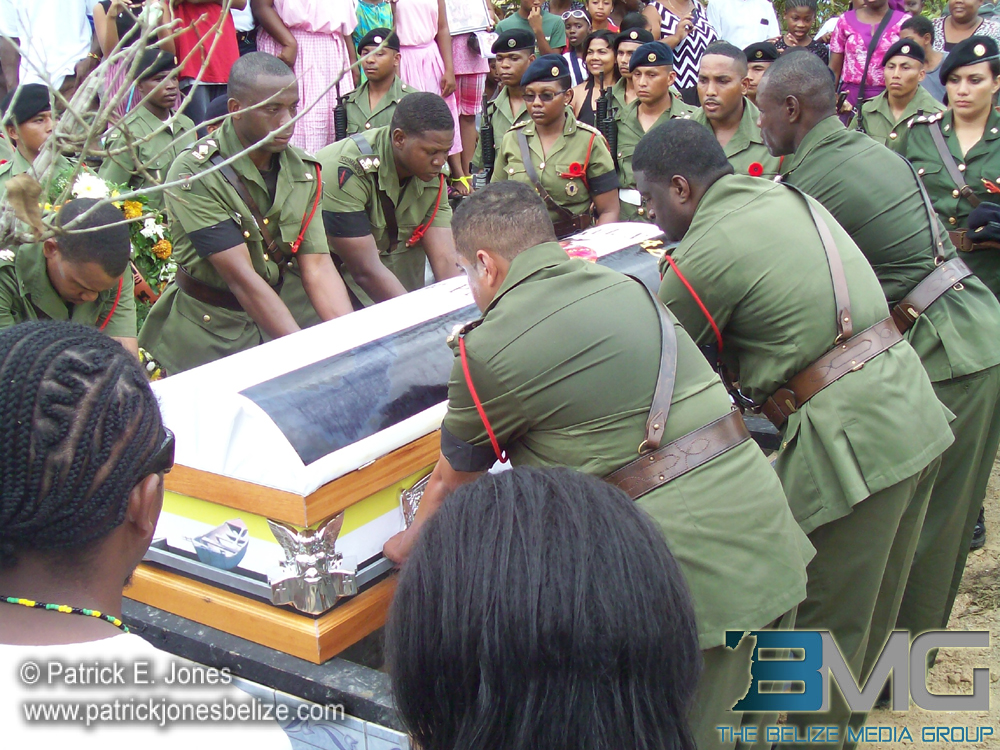 Paul Nabor’s casket is lowered into the tomb