Traffic accident claims the life of one man 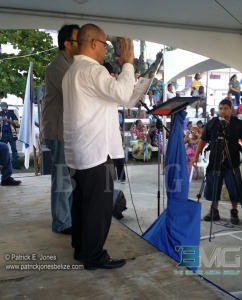 Paul Thompson was officially installed as the PUP’s standard bearer for the division and will challenge the incumbent, Herman Longsworth of the United Democratic Party (UDP) in the next General Elections, constitutionally due in 2017.

The PUP Albert Division endorsement was held at the basketball court at the Anglican Cathedral College in Belize City.

Thompson is entering politics for the first time and the PUP is emphasizing his dedication and hard work as they seek to wrest the division from the ruling UDP.