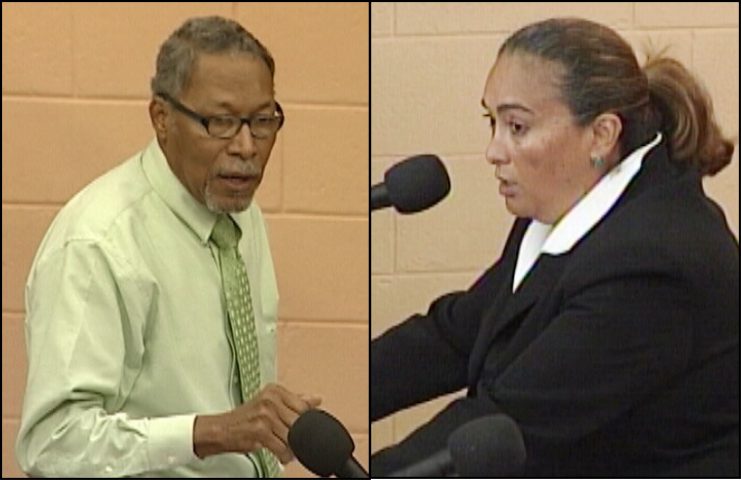 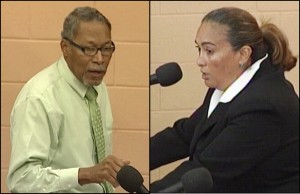 The declaration this week by the Opposition that it is headed to Court to force the Government’s implementation of legislation to expand the Senate for majority control by non-government members, is interesting, to say the least.

Litigation aside, how sincere the PUP is about its call for installation of the Thirteenth Senator is a case for them to make and the people to judge (in the court of public opinion). What the jury is hardly still out on is the consensus that the current configuration and function of the Senate renders it at best a token tradition and at worst a toothless invention. Why, seven years after a referendum vote in favor of an elected senate and five years after approved legislation for an expanded and empowered senate, we are still stuck with this useless model is one of the inexplicable marvels of our parliamentary democracy.

The vote for an elected senate was cast concurrent with the 2008 General Elections which brought an end to the Musa Administration and handed a decisive mandate to the Dean Barrow Government. At that time, our laws did not compulsorily require implementation of a referendum decision, which raised serious doubts about the seriousness of the outgoing PUP Government in hurriedly placing it on the ballot in time for the February 7, 2008 General Elections.

Notwithstanding the low voting in the referendum (47 percent of registered voters), the decision was clear, with 62 percent of those who cast a ballot on the issue voting YES to an elected senate. The PUP, whether or not it was serious, could not implement the decision since it lost the elections; and the UDP would not implement it, having encouraged its supporters to refrain from voting on the issue, and having offered in its 2008 manifesto its own version of an expanded and empowered senate.

The UDP pledge was spelt out in our party’s manifesto as follows: “Reform the Senate to ensure that those senators nominated by the Opposition and non-government organizations together constitute the majority.” Complementing that commitment was the accompanying pledge to, as the manifesto put it, “Empower the Senate to initiate and conduct public inquiries into mismanagement or corruption by officials in central government or statutory bodies.”

All indications were that the UDP was serious about the manifesto pledge as, upon assuming office, the government moved to introduce legislation for constitutional amendments that would require and allow for a thirteenth senator representing the NGO Community (Sixth Constitutional Amendment). But the specific portion of the legislation (Section 7) was never brought into force, Prime Minister Barrow later indicating that he had changed his mind, having given second thought to the gridlock it could create. One of the PM’s most recent explanations for the about-turn was given at a press conference in November, 2013, as follows:

“No, do you see what’s happening in the United States where they have a system where paralysis is able to be engineered? Because the way that republican module works, you can have one chamber controlled by the party that doesn’t form the administration; one chamber Democrat, one chamber Republican. You see the difficulties they have been having with debt ceilings and shutdowns? No, the thirteenth senator will then mean that the senate will be controlled by the opposition and non-government senators, and they will have the power to paralyze the government. I am very sorry, I am the one who pushed it into a U.D.P. manifesto, and this government pushed it forward in terms of constitutional reform. But then I quickly realized it is a wonderful ideal but in practice it will make no sense. The opposition is there to oppose; the so called social partner sectors are not there to be friends of the government. And if you gave control of the chamber to that combination, I am telling you there will be paralysis. Now other people might have a different point of view, and I respect that, but as far as I am concerned, the role of the Senate is to be a watchdog, is to shine the light on what is happening, It’s like the Public Accounts Committee; it is not to substitute for the Government; it is not to frustrate the Government, it is not to stop the Government from operating. So, I am telling you, I cannot at this juncture, I cannot support the notion of any thirteenth senator.”

A compelling argument, perhaps; but does it justify breaking a clear and specific manifesto pledge, or expressly refusing to bring into force a legislation introduced in the House of Representatives, debated, taken through all its stages and approved by the National Assembly? Notwithstanding the 2011 Supreme Court ruling against a related claim by a group of non-government organizations, the jury could still be out on this one. That, moreover, is only the legal aspect of the matter. The moral component, if you will, is that the Nation needs and the People deserve a senate that serves a practical purpose in expanding and deepening our democracy, an ‘upper house’ configured and empowered in a way that enables it to truly assume and maintain the high ground and serve as a real check and balance to a cabinet-dominated ‘lower house’ which currently sits high and mighty.

On so many counts, we are proud to associate ourselves with the outstanding accomplishments of our party in government (the UDP). Considering the record of the last PUP administration, we cannot help questioning the overall sincerity and moral authority of the Opposition; but on this one, for the sake of democracy and the wellbeing of the nation, we feel compelled to at least grant them the benefit of the doubt.

In some way, by some means, we must add some flesh to the form. We must find a way, whether elected, expanded, empowered, or all of the above, to add some teeth to this token tradition that is the Senate. And, if it is that we’re wasting the Court’s time, why can’t we agree to place the matter once again on the ballot this coming election, with the result now being binding? The People are always right, aren’t we?

This article was written by Delroy Cuthkelvin.