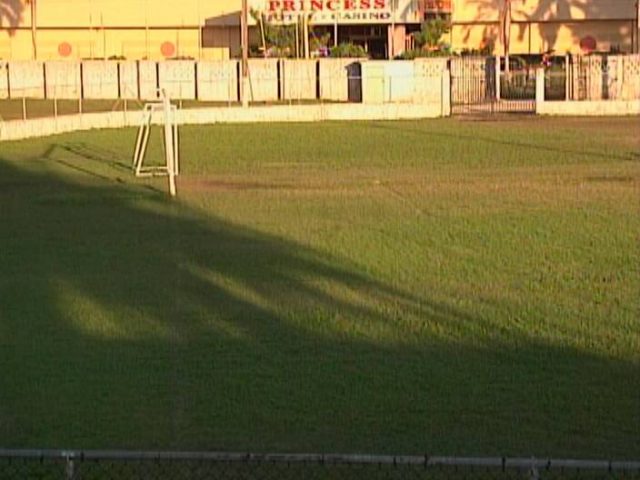 Saturday, May 30th 2015. Aaron Humes Reporting: The MCC Grounds and Marion Jones Sporting Complex, Belize City’s two largest sporting facilities, were both closed for much of 2014 and in the case of the latter, for the last several years due to ongoing renovations.

Both are now partially open and in use however, according to Minister of State for Youth and Sports Herman Longsworth, there are still major developments to be done, though none that will require further closure. In the case of the MCC, plans will be moved into high gear to install powerful floodlights and relay the pitch, which had been giving some problems.

According to Longsworth, the Ministry of Agriculture explained that the underlying soil at the MCC had chemicals in it that is not helping the grass to grow through the topsoil; the Ministry has introduced its own chemicals for which the Ministry of Sports pays and this has been working.

There are no additional expenses, the Minister said, as the Sports’ Council personnel are being used for the work. The excavations for the light installations are on the outside of the playing pitch and should not affect any ongoing competitions.

The MCC is home to Belize City’s various football teams and other competitions from track and field to some cricket.

The Marion Jones’ athletics track is open, but there are delays to the opening of the football field at the facility. Minister Longsworth says floodlights will be installed there as well. There are plans for the construction of an enclosed facility for basketball on the grounds and the contract for this building will be signed in a few weeks’ time. In related news, contracts for the two Civic Centers on Central American Boulevard and in the Chetumal Street-Lake Independence Boulevard are both out to tender. The first is a Belize Infrastructure Limited (BIL) initiative funded by the Government, while the latter is funded by the Caribbean Development Bank.

The Minister said he welcomed the planned installation of an artificial football pitch developed by local entrepreneurs in Independence this coming weekend. Notably absent from the Minister’s plans is Berger Field, located on Vernon Street in his constituency, which had been scheduled for redevelopment but ran into various bureaucratic snags.