2015 Predicted to be a Below Average Hurricane Season 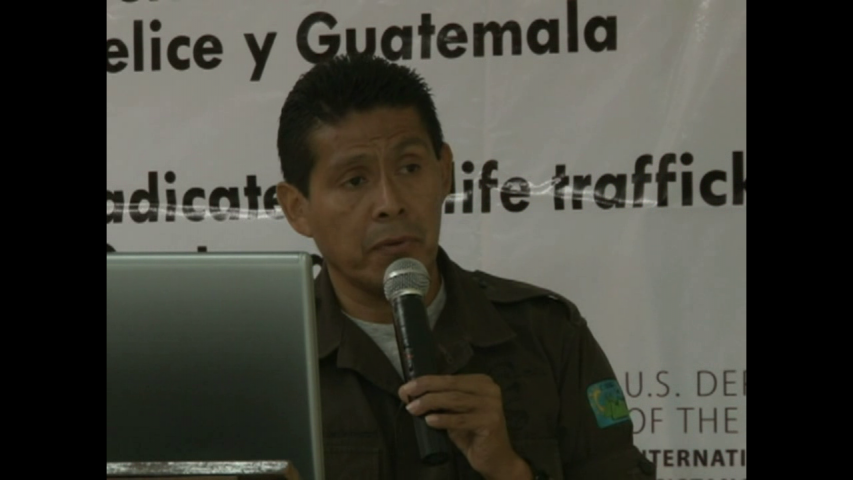 Wednesday, June 3rd, 2015. Aaron Humes Reporting: The extent of the illegal trade in wildlife – both animals and plants – has been estimated to be in the tens of millions of dollars. Belize’s experiences are largely tied to Guatemala and the incursions of peasants over the western border and into the Chiquibul National Park and Forest Reserve. The poachers and hunters target howler monkeys, spider monkeys, scarlet macaws, parrots and jaguars and other big cats, and timber and xate and panning for gold.

While environmental protection cannot be totally extricated from the larger political and economic question, Guatemala’s environmental authorities are working with Belize to try to put a stop to it. Roan McNab, director of Guatemala’s Wildlife Conservation Society, speaking at a half-day seminar in Belize City held on Monday said that what is more important than the value of the animals is the irreplaceability of their numbers in the wild and the ongoing effort to supply the hungry demands of more developed countries. According to McNab, the families of the affected animals are ripped apart, with parents and siblings killed to get to the valuable riches in jaguar pelts, parrot feathers and other exotic items. 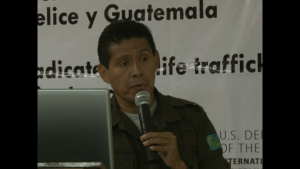 The Wildlife Conservation Society has branches in both countries and is teaming up with the NGO responsible for protection of the Chiquibul, Friends for Conservation and Development, headed by Rafael Manzanero. Manzanero says intervention on the issue will focus both on public awareness and stepped up enforcement in both countries as well as plans to introduce alternative lifestyles for those who make their living from the trade.

The seminar featured participation from several wildlife related NGO’s and Government agencies from Belize led by the Forest Department. Negotiations continue on the bi-national strategy against wildlife trafficking.