“Belize Renewed, Confident, Competitive, and Committed” is this year’s theme for September Celebrations 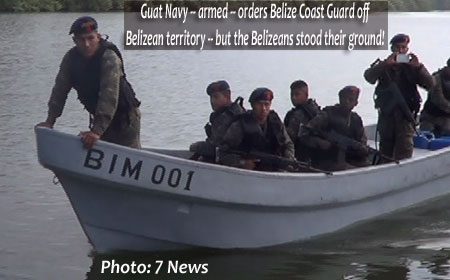 Friday, June 5th, 2015. BMG: Last week Thursday and Friday, a confrontation and standoff between Belizean Coast Guards and Guatemalan Navy vessels, poured out from every media house and of course, Belize Media Group was among the first to bring you coverage of that incident. 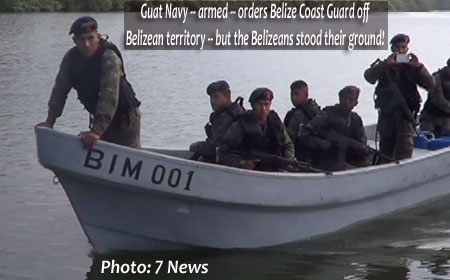 The confrontation occurred when a Guatemalan vessel was seen in Belizean waters on the Sarstoon Island where a forward operation base is being built. Although greatly outnumbered, members of the Belize Coast Guard refused to retreat and instead told the Guatemalans to move out of Belizean territory.

Those brave Coast Guard officers were honored yesterday, June 4th in a special ceremony at which Commander of the Belize National Coast Guard, John Borland addressed those in attendance. His speech read: “With everything that god has given to us, we would stare upon the cannon’s mouth undaunted. We would fight to the last man, to the last bullet, to the last drop of blood. Withdrawal or retreat is just a phase in military operations. Just like the advance attack, defense, encirclement or breakout; the retreat, a connotation often associated with cowardice is a valuable tactic to be used by any sound military commander—just like the viper must recoil or retreat before he attacks—so must an army make use of this tactic. You were not hostile, belligerent or aggressive; instead you were the opposition. 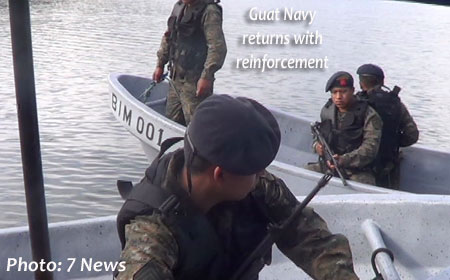 You were civil, calm, but assertive; confident in your abilities, your leadership and command. You displayed nerves of steel to remain composed and mission oriented. Your display of courage and commitment is consistent with the coastguard core values. This was your defining moment and is indeed the defining moment in any man’s life who puts on a uniform and swears to protect and defend this country—this country that we love that has given everything to us; that means everything to us. In the end, we must trust our civilian leadership. We must let defense diplomacy and in the words of our Minister of Foreign Affairs, preventative diplomacy takes it course. And that is what happened and will continue to happen.

We are one team, one fight, and we stand as our motto says ready for anything. I want to thank our C.E.O., Colonel George Lovell and our Minister of National Security, Honorable John Saldivar, for giving us this mission and standing with us through every step of this operation; for maintaining the result to keep this mission and to see it through. Thanks to our prime minister, who is our commander in chief, for his unwavering support and leadership in this process; for trusting us and believing in us that we will fulfill this mission in a professional manner. 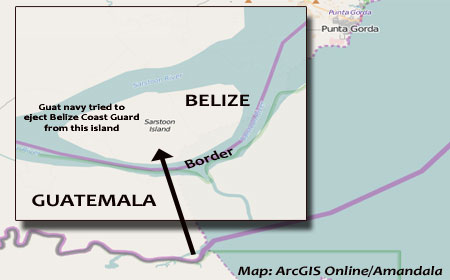 Photos used in this article are courtesy of Channel 7 and Amandala.