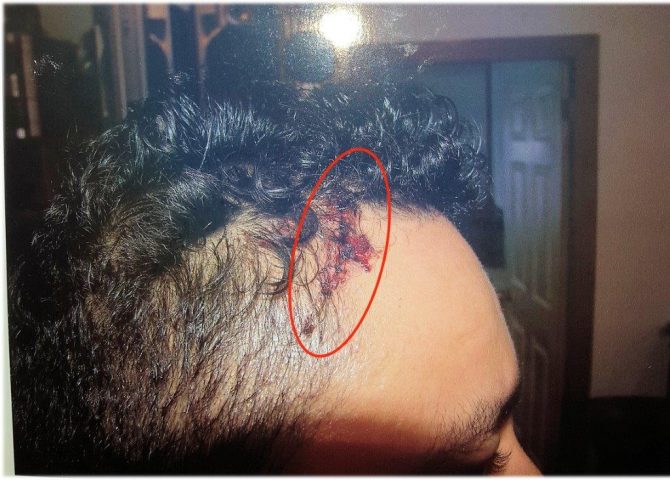 On April 13, 2008 at the location that the famous Barefoot Beach Bar in Placencia was birthed, now the location of the Tipsy Tuna Beach Bar, I was assaulted by an infamous police sergeant known for police brutality, and a police constable. I will not call names at this time.

This infamous police sergeant had just been transferred to Placencia Village. On that dreadful Sunday evening of April 13, 2008 I was just about finished socializing with my friends.  I decided that I was going home and go to bed. I was dressed in a white undershirt, 3/4 jeans and white sneakers, I guess, for these city officers, this is the look of a city bad boy. Upon leaving the bar, I was walking down the sidewalk, when I heard behind me, “ay you.” I paid it no attention, for I had not the slightest clue as to why anyone would be yelling at me, much less the police, for I did nothing to garner such attention. I was just some guy going about his business in his undershirt, 3/4 jeans pants and white sneakers.

Not 10 seconds later, I felt someone tackle me from behind, and I fell to the ground.  My undershirt torn away. Face first in the sand. Naturally, I shook the person off my back and tried to stand up. I am no small guy, at 6 foot and about 220lbs at the time.  Next thing I know, I had two persons on my back.  I then realized it was police officers.  After a few seconds of scuffle in the sand, I stood up, officers holding my arms, and a crowd had already gathered. I asked the officers why they were apprehending me. They said they were not. They said they will just take me to the Placencia Police Station to allow me to “cool off.”

Upon walking to the station, I asked them to please let go of me.  They had me by the pants, as they do the young guys in city, to embarrass them. I kept asking them to let go of me if they were not arresting me and to allow me to walk on my own free will.  They did not comply.  Upon walking to the station, I said that I would have to call my lawyer. That statement seemed to have sent the sergeant into a rage. He started cursing at me and roughing me up. I pulled out my phone and started looking for the number for my lawyer. Upon reaching a dark area going to the station, while I was looking down at my phone, I felt the first blow across the right side of my forehead. In that dark corner they repeatedly beat me with their billy club. It lasted about 10 seconds more or less, but it felt like an eternity.

They took me to the station, bleeding profusely from my wounds, especially the wound to my right forehead. They threw me in a cell. At this point a large crowd gathered in front of the police station demanding that I was released. They refused to release me. My mom was called and she came to the station demanding that I was released to go see a doctor. After my mom spoke to the Officer in Charge, he instructed the other officers to release me so that I could go to the local doctor. I honestly do not know how many stitches I received in my head, it was over a dozen if not more.

I have never publicly spoken about my ordeal.  However, I decided to finally share my story because of the recent incident in Caye Caulker where 17 year Hilberto Sotz died while in police custody due to “breathing problems” and residents of Caye Caulker staged a protest, for they believe that the young man was brutalized by police, and due to this, he died.

Though an official investigation needs to be carried out to confirm whether he was brutalized or not and this was the cause of Mr. Sotz death, anyone with any common sense can decipher what took place in that Caye Caulker jail cell, to young Mr. Sotz. I can say with confidence, after my personal experience with police brutality and being the Chairman of Placencia Village for 3 years (2010-2013), that police brutality has become a well-established culture in the police department. One of the main reasons for this is that the bad eggs in the police department are not dealt with. Most are simply moved around from area to area, and they become more and more brazen, and we end up with what happened to me, young Mr. Sotz and many other Belizeans, over the years. They are like a bad egg that is left to fester, and instead of getting rid of that bad egg, they are simply moved from one basket to the next.

Officers like this are a detriment to the safety of citizens and the reputation and credibility of the police department. When an officer uses his authority to abuse citizens they should be dealt with as the criminals they are. They should be prosecuted to the full extent of the law and made an example of. The citizens of this country need to have confidence and respect for the police department. For that to happen, for the safety of the entire nation, it is critical that the police department have credibility, accountability and responsibility for their actions. What we are seeing now is what happens when those who are supposed to protect and serve us, are now looked at by the citizens as nothing more than common criminals wearing a uniform and a badge.

There are too many injustices in this jewel of ours. I implore the Ministry of National Security and the Government, as a collective, to make drastic changes to how they deal with these types of officers, who are nothing but common criminals. This is absolutely critical, for, once the citizens lose complete respect and confidence in the police department, we will then move into anarchy and chaos as a nation.  And we are not far from that precipice.

In conclusion, I now suffer permanent nerve damage on the right side of my forehead and also suffer from migraine headaches. I have learned to live with it and it has helped made me the person I am today, and it was a big part of why I ran for Chairman of Placencia in 2010,  I was, and I am, tired of seeing injustices in this country. There are many Belizeans who are living with permanent damage to their bodies because of police brutality, and it affects how we make a living and our daily lives. I thank God that I am still alive to even tell my story, young Mr. Sotz was not so lucky, and many other Belizeans were not so lucky. My fellow Belizeans the time is now that we seriously demand a stop to police brutality, and that these types of police are dealt with as the criminals they are, not transferred around. Belizeans I encourage you to stand up and defend yourselves, no human being has the right to harm you, it doesn’t matter what kind of uniform they have, if they touch you without it being warranted, defend yourselves.  Enough is enough.

“Be peaceful, be courteous, obey the law, respect everyone; but if someone puts his hand on you, send him to the cemetery.” Malcolm X

My deepest and most sincere condolences goes out to the family and friends of young Mr. Hilberto Sotz.

Below, you can view the pictures of my injuries: 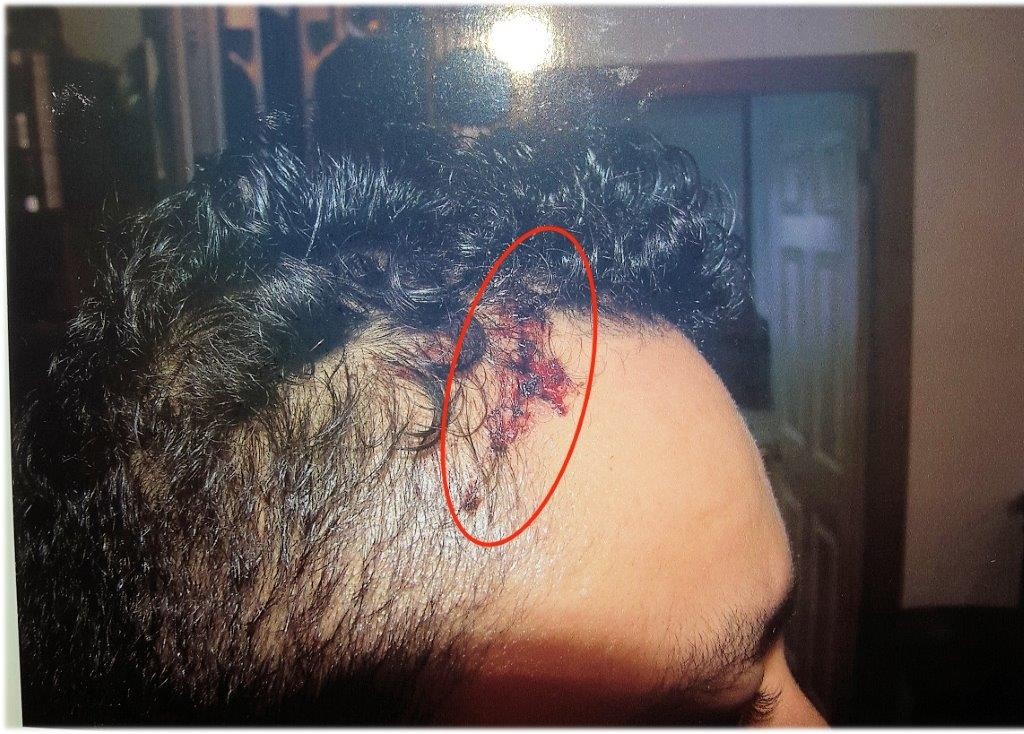 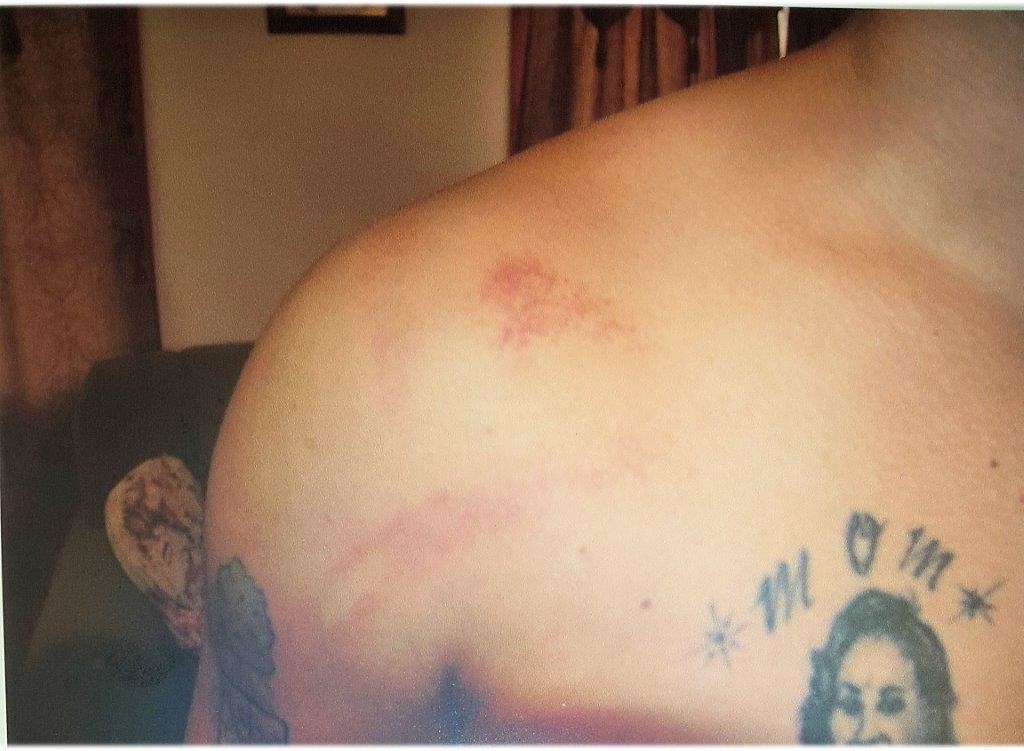 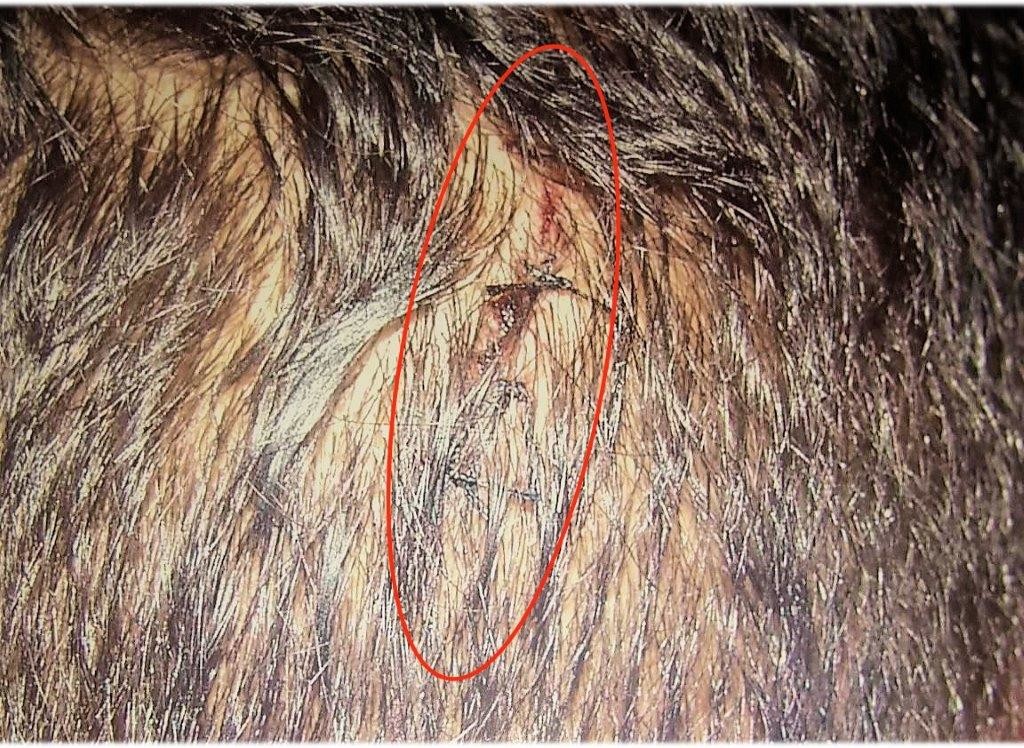 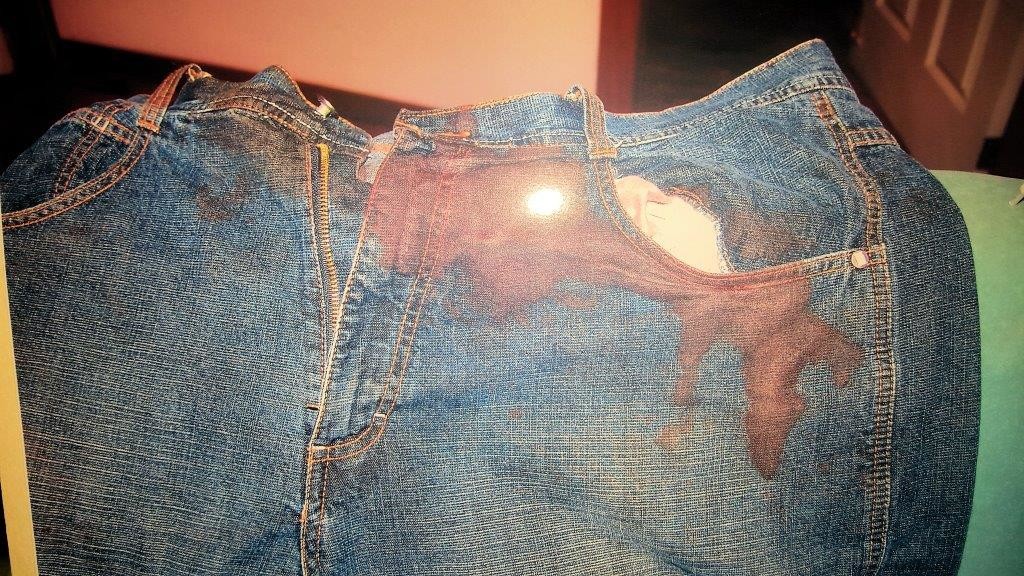