An open letter to Peter Lawrence of Caribbean Villas Hotel 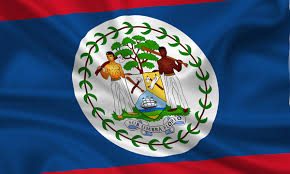 Thursday, July 02, 2015. By Pastor Jim Duncan : With last week’s decision by the US Supreme Court to make same-sex marriage the law of the land in the US, it is more urgent than ever that we let the world know that We Are Belize. 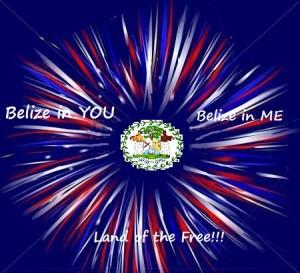 The US Supreme Court may be known as “supreme” in America – but NOT in Belize. The Constitution of Belize begins with this statement: “WHEREAS the people of Belize- (a) affirm that the Nation of Belize shall be founded upon principles which acknowledge the supremacy of God, faith in human rights and fundamental freedoms, the position of the family in a society of free men and free institutions, the dignity of the human person and the equal and inalienable rights with which all members of the human family are endowed by their Creator;”

So – what does our Creator have to say about marriage? Jesus, our Creator, quoted Moses, saying, “Have you not read that He who made them at the beginning ‘made them male and female,’ and said, ‘For this reason a man shall leave his father and mother and be joined to his wife, and the two shall become one flesh?’” (Matt. 19:4-5, Gen. 2:24)

America was founded on a belief in God as our Creator. The second sentence of the US Declaration of Independence states, “We hold these truths to be self-evident, that all men are created equal, that they are endowed by their Creator with certain unalienable Rights, that among these are Life, Liberty and the pursuit of Happiness.”

In fact, there is a key principle of accountability that guides God’s judgment, which was expressed by Jesus, “For unto whomsoever much is given, of him shall be much required..” (Luke 12:48b)

Is Judgment soon to follow? Many of America’s leading Men and Women of God are loudly proclaiming just that – Judgment is coming on America.

In fact, many are shouting that it is time to move out of America – speaking the Word found in Rev 18:4,5 “Come away from her, my people; do not take part in her sins, or you will be punished with her. For her sins are piled as high as heaven, and God is ready to judge her for her crimes.” We are NOT America!

What Judgments may be coming to America? First – what Judgments came to other nations who denied God and embraced sin and perversion?

Sodom and Gomorrah were destroyed for their sin and perversion: “But the men of Sodom were exceedingly wicked and sinful against the LORD.” (Gen 13:13.) “Then the LORD rained upon Sodom and upon Gomorrah brimstone and fire from the LORD out of heaven;” Gen 19:24

The Nations of Canaan were destroyed for their sin and perversion: “Observe thou that which I command thee this day: behold, I drive out before thee the Amorite, and the Canaanite, and the Hittite, and the Perizzite, and the Hivite, and the Jebusite. …But ye shall destroy their altars, break their images, and cut down their groves: For thou shalt worship no other god: for the LORD, whose name is Jealous, is a jealous God:” (Ex 34:11-14)

Israel was destroyed for their sin and perversion: “But if you turn away and forsake the decrees and commands I have given you and go off to serve other gods and worship them, then I will uproot Israel from my land, which I have given them, and will reject this temple I have consecrated for my Name. I will make it a byword and an object of ridicule among all peoples. (2 Chron 7:19-21)

So – what about America? Is the judgment and destruction of America prophesied in the Bible? Many Godly Bible scholars believe that it is. Although America is not mentioned by name there are numerous prophesies in the Bible that refer to the judgment of a nation that is the superpower of the world. It is known in Scripture as “Mystery Babylon.” Is this America?

One thing is certain. Judgment is coming to America. God will hold America accountable for her sins. The unsinkable, unstoppable arrogant “Titanic” America is on a collision course with the giant “icebergs “ of the judgment of Almighty God. The “ship” will go down. Only those in the “lifeboats” will be saved from certain destruction.

We must be a “lifeboat” that is spared from destruction – by continuing to “stand tall” in support of our constitution and our laws – laws such as section 5 of our Immigration Act.

Subject to section 2 (3), the following persons are prohibited

any prostitute or homosexual or any person who may be living

proceeds of prostitution or homosexual behaviour;

But, according to Channel 7 “Not so for British Belizean owner Peter Lawrence. He’s decided to conduct a social experiment to see if it can reap a sufficient financial reward. He’s tailored a vacation package to the LGBT population in the international communities.” “Lawrence wants to tap into a market that no other hotelier has tried to penetrate before.”

How can a business be allowed to openly defy the Laws of Belize – and advertise and promote illegal activities such as these? Are we so desperate for “foreign exchange” that we will “exchange” our laws – which are based on God’s Supreme laws – for a “foreign” “invader” that is headed straight for the Judgment of Almighty God?

What did our national forefathers do? “Our fathers, the Baymen, valiant and bold drove back the invader; this heritage hold.” We must do the same – “by the might of Truth, and the Grace of God!!”.

This “offensive” attack against the moral fiber of our “Jewel” is certainly not the first. There was The US Peace Corps HFLE Curriculum – the UNIBAM offensive against Section 53 of our Criminal Code – the 2013 Gender Policy – the pro-homosexual world wide US Obama offensive – the “offensive” pro-homosexual US Ambassador to Belize offensive – just to name a few.

This latest “offensive” will likely not be the last.

“Arise! ye sons of the Baymen’s clan,
Put on your armour, clear the land!
Drive back the tyrants, let despots flee –

Land of the Free by the Carib Sea!”

Channel 7 also quoted Peter Lawrence, “It’s not my fault some people don’t have vision. You can’t stop what most countries are allowing anyway.”

We’re the jaguars; we’re the tiger cats. We’re coatimundis too:
Tapirs and royal gibnuts, Howler monkeys, kinkajou,
Macaws, toucans, and eagles, The majestic jabiru.
We are dolphins, crocodiles, and manatees.
We Are Belize!

We’re the barrier reef, the mountain peaks, The rivers and the plains.
The mangoes and bananas, Cashews and sugar cane;
Exotic wild black orchids In the jungles’ dark domain.
We’re the royal palms and great mahoganies!
We are Belize!

We’re the Mayan in Toledo; Kriol in Lucky Strike.
Garinagu in ‘Griga – Shipyard, the Mennonite.
East Indian, Mestizo; Brown and yellow, black and white.
We’re together as one people – all of these!
We are Belize!

We are Belize – We are Belize;
From the mountains, to the forests, to the Cayes.
We’re the jewel of God’s creation, a chosen generation.;
The future of our nation. Hear us please!
Hand in hand – We love our land.
We are Belize!

From the mountains, to the forests, to the Cayes.
We’re the jewel of God’s creation, a chosen generation.;
The future of our nation. Hear us please!
Hand in hand – We love our land.

Mr. Lawrence, we will stand tall against the “foreign Invasion.” We will “stop what most countries are allowing anyway.” 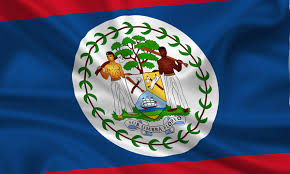