BREAKING: Belize will move forward with Forward Operating Base (FOB) on Sarstoon Island 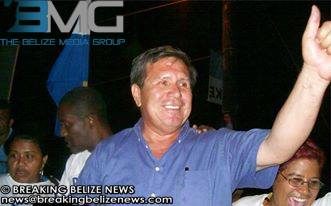 Monday, July 27, 2015. Aaron Humes Reporting: Cayo Central standard bearer for the People’s United Party (PUP) and former Minister and area representative Daniel Silva today announced via his Facebook page that 13 standard bearers including himself, approximately 40 percent of the party’s candidates for the upcoming general election, have written a letter to PUP chairman Henry Charles Usher and leader Francis Fonseca urging the calling of an urgent National Convention of the party. 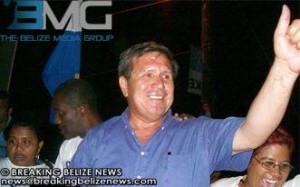 The last such convention was called in October of 2010 in Dangriga, and is typically scheduled every two years.

According to Silva, the failure to call a National Convention, the party’s highest governing arm, is “a very serious violation of our Party’s Constitution. It is also a first inside our great party. This has never happened; we have always had convention every two years in November. People see this and wonder what will happen when we are in government if we are prepared to violate our party’s constitution like this when we are in Opposition.”

After meeting in Cayo on Friday, Silva said, it was concluded that “something has to happen. We cannot continue as we have, pretending as if though all is well when we know that something is wrong.”

The results of the Cayo North by-election, municipal elections and Dangriga by-election, Silva said, confirm that “the people are not buying what we are presenting to them…They are not impressed with our party; something is not right with us; we are still vulnerable to the labels of the past.”

Citing the Dangriga result, Silva said, ” It is clear the people still have very deep concerns about us as a party.”

He dismissed the arguments of those who say a National Convention is not needed because the National Party Council and National Executive support Fonseca, or that there is no time because of the possibility of early general elections.

To the former, he offered the comparison of Prime Minister Barrow refusing to call general elections because of his victories this year. Silva is insistent that a National Convention does not necessarily mean a contest for any leadership seat, but notes that as a result of his own convention in Cayo Central, the people were allowed to decide their representative, and as their choice he developed a bond with his people and promised to go back to them when anything goes wrong. “The power belongs to the people. They know best.”

To the latter, Silva says that the UDP cannot be allowed “to dictate our playbook,” as the threat of early elections has not materialized thus far. He argues that the party must prepare to be in the best position to contest and the date called by the Prime Minister doesn’t matter; what matters, he says, “is that we are in the best fighting form possible when that day comes. Having a National Convention ASAP is part of those preparations.”

Former PUP leader John Briceno had similar trouble in the run-up to the last National Convention but was endorsed. He ultimately resigned a year later. Fonseca was confirmed without a National Convention just weeks after Briceno’s resignation and Mark Espat’s refusal to take up the party leadership.