Venezuela VP in Belize over territorial dispute with Guyana 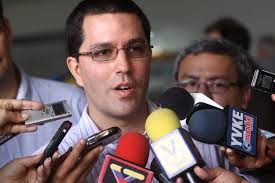 Friday, August 21st, 2015. Aaron Humes Reporting: It may not do much good, but the Bolivarian Republic of Venezuela wants to tell its side of the territorial dispute between Venezuela and Guyana and is asking for its brothers in CARICOM to encourage Guyana to dialogue with them. 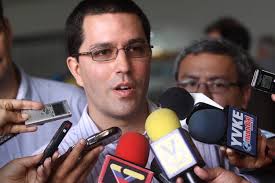 As Belize’s own dispute with Guatemala flares, the Vice President of the Venezuelan Republic, Jorge Arreaza, came to Belize to meet with Prime Minister Dean Barrow, accompanied by his wife Mrs. Rosa Virginia Chavez, daughter of the late Hugo Chavez.

Arreaza’s boss, President Nicolas Maduro, has sent him and their Foreign Minister to tour CARICOM speaking on the issue; Belize was their thirteenth stop.

According to Vice President Arreaza, Venezuela does not want a fight, and has long demonstrated their commitment to dialogue and peace.

Prime Minister Barrow indicated that it was an encouraging sign that the Venezuelans are reaching out and he explained that Belize would be willing to assist in any way possible to bring the two nations to the negotiating table to foster genuine, good faith efforts through dialogue.

There was apparently no word from the Venezuelans about our dispute with Guatemala.