Man charged with escape from police 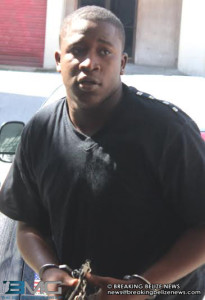 Green was one of four men acquitted of the murder of a Nigerian taxi driver recently.

Green pleaded not guilty to all charges. The incident in which Green picked up four charges is said to have occur on Antelope Street Extension, Belize City, on October 7, 2015 but details are not immediately available.

Chief Magistrate Ann-Marie Smith set bail of $500 plus one surety of the same and ordered that he must report to the Queen Street Police Station once a week and he must stay away from the police officer and all the prosecution witness in the case.