Orange Walk Police justify the use of force 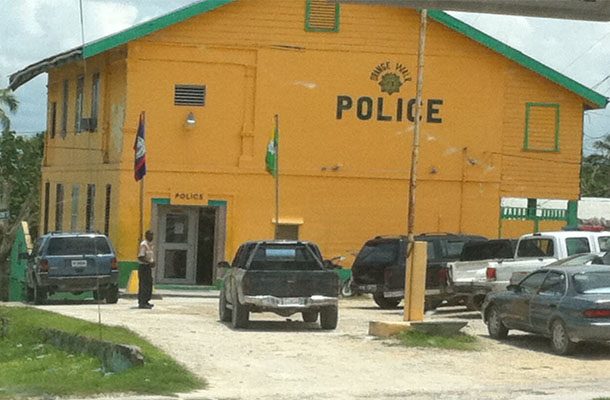 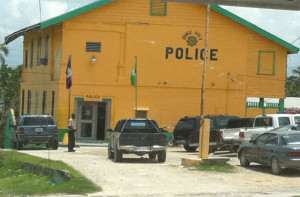 According to police, on Wednesday November 17th, Police Constable Akeem Augustine, who is presently attached to the Orange Walk Police Formation Quick Response Team (QRT) and other police officers were tasked to detain a male person who resided at Mahogany Street, Trial Farm Area and who was wanted for making sexual advances towards a female minor.

Police report that when the father confronted the male person, he pulled a machete and tried chop the father. Upon police arrival at the location, they identified themselves as officers and two elderly persons informed them that the machete wielding man was inside a room of the house.

One officer tried to open the room door but it was locked. The pfficer requested to the person who was inside the room to step out and about three minutes later, a male person who was wearing a pants and had no shirt, came out of the room with a machete in one hand and a hatchet in the other.

The officers who were inside the hall of the house retreated but an officer who was nearest to the room door could not get away so when the man attacked him he shielded himself with the M-16 Rifle and the man dropped the machete and hatchet and held the M-16 with one hand on the butt and one hand on the barrel.

The other three officers who were present assisted and the man was pushed away and he dropped on the sofa that was inside the hall. The officers then tried to hold down the man who pulled a knife from his pants waist and got up. At this point a police officer shouted “knife” so the man attacked PC Augustine who walked backed and asked several times to drop the knife but the man refused to do so.

The man was later identified as Wilbert Guerra, age 47, a Laborer of Mahogany Street in Trial farm Village, Orange Walk District. He was transported to the Orange Walk Northern Regional Hospital, and was seen suffering from one single gunshot wound to the right lower side of his abdomen where he underwent surgery and is presently reported to be in a Stable but Critical Condition. Commanding officer at the formation Assistant Superintendent Selvin Tillett stated that the police used justifiable force so as to disarm the individual.