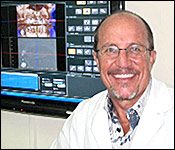 By Victor Castillo Sr.: Dentist Robert John Hall was formally arrested and charged for making false representation. After appearing in San Pedro Town Magistrate court, he is today out on bail with only a slap on the wrist. 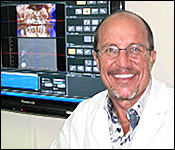 Hall was offered bail under the condition he hands over all his travel document, which he did.

The story broke earlier this week when Hall, a Dentist from the US who has been charged and convicted for injecting semen into the mouths of seven of his patients, was detained by San Pedro Police on the day that he was to open a dental clinic on the island. On Monday of this week island police were tipped off on Hall’s criminal past and detained him before he could open his Oceanside Dental clinic at the Four Sisters Plaza on Pescador Drive.

According to reports, in July of 2004 Hall’s license was suspended after allegations emerged against him but fast forward over 10 years and Hall was granted a new license by the Belize Medical Council to practice in the country. He used a different name however, Robert Bob Hall, but of note is that he holds temporary work permit issued by the Immigration Department and a Social Security card in his real name, reports News 5.

Hall was granted his license in Belize on June 22nd this year but by the end of Monday, the Medical Council of Belize had suspended it when investigations began. Ambergris Today reports: “A copy of the license, signed by Dr. George Gough, Chairman of the Medical Council of Belize, states Mr. Hall was approved one year temporary registration to practice at Advance Dental Care with Dr. Gonzalez on St. Thomas Street in Belize City.” It also indicated that if he was to provide dental services elsewhere, it must be first supported by the Chief Dental Surgeon Dr. Rafael Samons. Investigations continue as to how he received authorization to operate in San Pedro.”

San Pedro Police are also investigating the circumstances surrounding Hall’s temporary work permit and social security card. According to reports, Hall did not deny his criminal past in the US to San Pedro authorities.

He is scheduled to reappear in court on the 12th of February 2016.