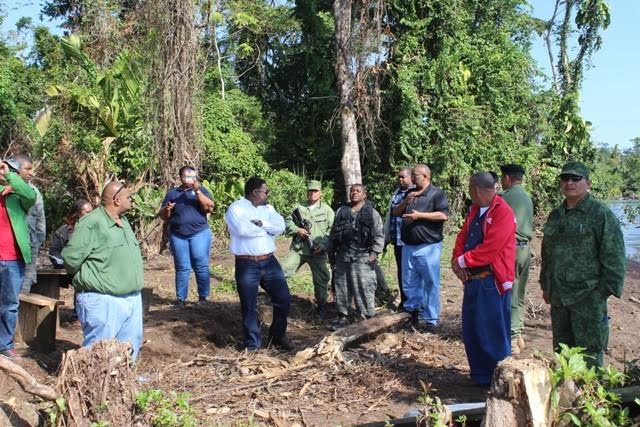 By Dalila Ical : Today Minister of National Security John Saldivar, flanked by senior members of his office, the Belize Defense Force and the Belize Police Department, visited the construction site of the 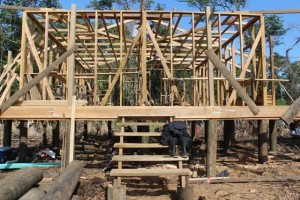 Sarstoon Forward Operating Base at the mouth of the Sarstoon River in southern most part of the Toledo District.

A government release states that the BDF has set up a temporary installation on the construction site and adds that work on the base is proceeding at a rapid pace. Government says that the base “is one of several initiatives being undertaken by the Government of Belize to safeguard and protect our national sovereignty (that will) establish a much needed presence and will serve to combat illicit activities such as drug, contraband and human trafficking, and weapons trading, which threaten Belize’s national security”.

Ground was broken for the construction of the FOB in December last year on the northern bank of the Sarstoon River. Minister Saldivar told the media at that event that the location was determined by military experts to be the “best vantage point” to oversee the river and coast. It is expected to be completed three months from that date. The facility is estimated to cost over 100 thousand dollars and will include a pier, sleeping quarters, kitchen, and a meeting room.