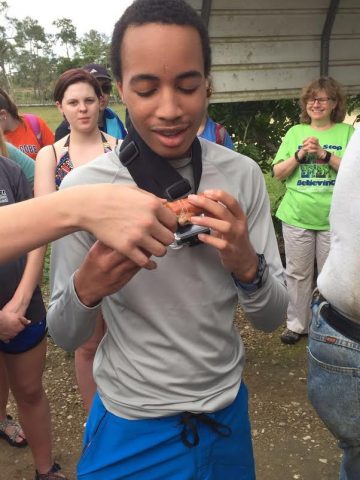 By BBN Staff: Adell Forbes, the mother of 14-year-old Tomari Jackson who drowned in Belize on Saturday, said she still hasn’t been told how her only child died just hours after arriving in Belize. 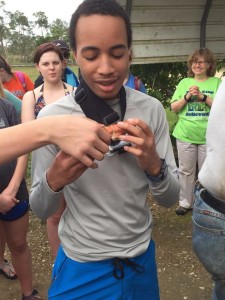 Forbes, in an interview with the Atlanta Journal-Constitution, said she has more questions than answers at this point.

“It just doesn’t make sense to me at all,” Forbes told the newspaper.

Tomari, a freshman at North Cobb High School, was part of a group of 32 students and six chaperones that planned to spend a week exploring part of Belize, located on the eastern coast of Central America. It was the same trip that the North Cobb School for International Studies, the magnet school on the North Cobb High campus, had taken the previous year.

From the moment he heard about the trip, he wanted to go, his mother said. He loved to travel, having spent about three years as a toddler in the Bahamas, his mother’s native county. Tomari was mature beyond his years and he loved nature, often taking time to admire landscapes and colorful skies, Forbes said.

“I have so much trust in school and what they are doing, I had no reason to question (the trip),” Forbes said. “I wasn’t concerned about his safety.”

Jackson was also also a Boy Scout and knew how to swim, making it more difficult for his family to understand his death.

After arriving Saturday in Belize, Tomari and the others hiked before stopping to splash in shallow water near a river bank, the Cobb County school system said. Somehow, Tomari disappeared, and local investigators were told the boy was missing.

“What do you mean?” Forbes said she asked when she got the phone call.

She was preparing to go to Belize herself when she got a second phone call from the U.S. Embassy. Tomari’s lifeless body had been pulled from the water, but Forbes was given very few details.

“Once they told me what what had happened, there was nothing else,” Forbes said.

Tomari’s classmates and chaperones returned to Atlanta on Monday, what would have been his 15th birthday. But Forbes has been told it will be at least Friday until her son’s body will be returned.

Until then, Forbes is hopeful someone will give her more details on what happened to Tomari. She has one question she needs answered.

“Why wasn’t he missed until later, until after the fact?”

Jackson would have turned 15 on Monday.