Superintendent of Police to receive Ph.D 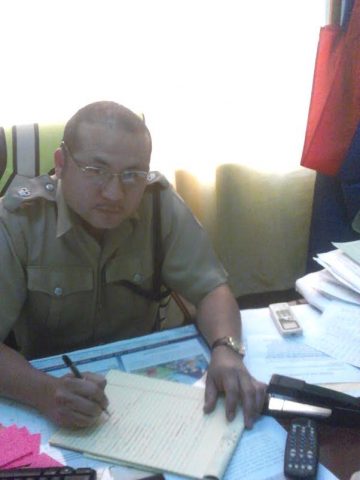 By BBN Staff: One officer in Belize’s Police Department is well on his way to becoming the first to obtain a Ph.D. after serving 15 years in the force, working in almost every branch and being promoted to his most recent position as Superintendent of Police, Commanding San Ignacio’s formation, which he took up at the beginning of this month. 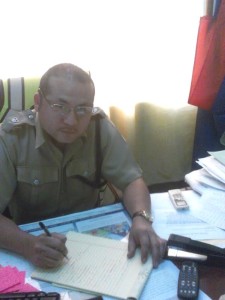 Superintendent Richard Rosado has also been a long time teacher, even lecturing at the University of Belize’s Belmopan Campus part time, while he worked at the police training school.

Rosado though, now has a lot on his plate, being responsible for San Ignacio, Santa Elena and their 21 surrounding villages while he does his dissertation to complete his doctoral degree and get one step closer to accomplishing his dream of becoming the Commissioner of Police.

Currently holding a Master’s Degree from Murray State University in the United States, Rosado is working on his dissertation on Strategic Management in particular, researching the impact of contemporary employees within a restricted organization, after which he will be awarded his Ph.D., making history in Belize.

In the meantime, as the Commander of San Ignacio Police, Rosado says he intends to do five major things. Rosado says he wants to continue fine tuning and improving the system of collaboration with all stake holders by continuously involving the public in the strategic planning of policing their community.

He said he also intends to engage the community and expand the number of volunteer special constables and neighborhood watch programs in all communities, in particular the rural community where the program is non-existent.

Rosado also intends to continue promoting and institutionalizing community policing and expanding all community outreach programs presently in place by the Commissioner of Police.

We here at Breaking Belize News wish Superintendent Rosado well in the remainder of his studies and during his tenure at the San Ignacio Police Station.