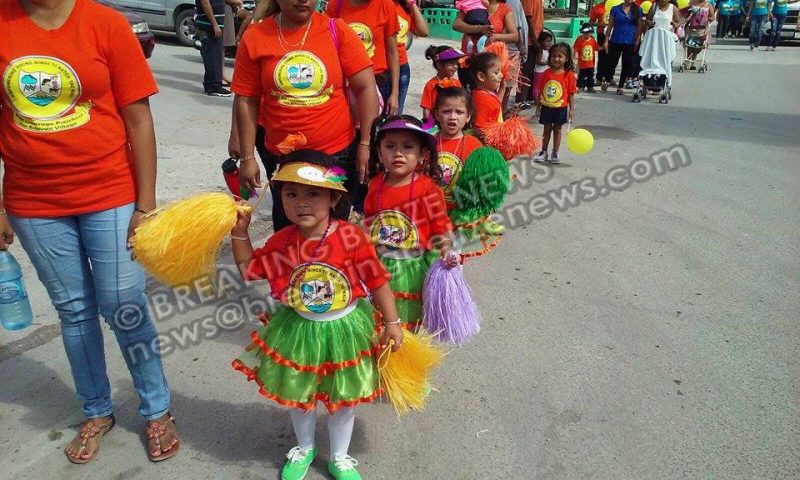 By Dalila Ical: This morning hundreds of children, accompanied by their parents paraded the main streets of Orange Walk Town as they kicked off activities in observation of Child Stimulation Month held every year in March. 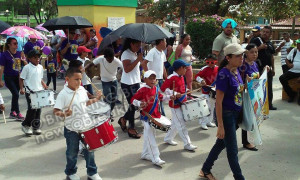 Under the theme “Early Childhood Development, The Foundation of for a Brighter Belize,” the children dressed in t-shirts identifying their preschools and some institutions went a bit further organizing small groups of pom-pom girls and drummer boys and even small floats.

It’s all part of the preschool dynamic where children learn primarily through play. Officer responsible for Early Childhood Development in the Orange Walk District, Hector Moralez says the parade starts the activities for the month in which they aim to showcase the importance of early childhood education in Belize.

Moralez says it’s an important part of every child’s life as it is “a stage when children have most of the brain development and knowledge needed to be successful in further education.” 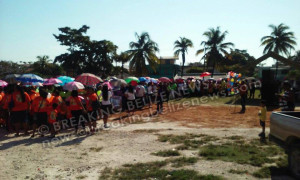 we see more and more preschoolers ages three and four enrolling in preschools,” he stated.

Today, in the Orange Walk District alone, there are close to 800 preschoolers in all 24 institutions and they all showed up today for the opening parade. There has been significant improvement in parental support as well. Moralez says if parents once thought “children only go and waste time and it’s too expensive they have realized that children at that age learn through playing which is the foundation of early childhood education – making learning fun, that’s one of the characteristics – and they have seen the importance of it and that’s the reason why we have such enrollment in preschools.”

Government has also been investing in preschool centers especially government aided institutions he said, adding that “resources are shared equally among all preschool and I am encouraging parents to enroll their children in the closest preschool centre available.” In addition to that, preschool education has its own structure and curriculum now. Schools have a preschool assessment booklet and teachers have to cover ten disciplines for the three and four year old programs.

And to measure the success of all this work, the Ministry has also piloted a literacy test in infant one “just to see whether the children have acquired those skills in preschool and at the standard six level we 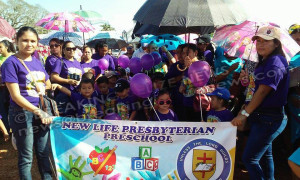 have seen a lot of improvement. It’s evident that Orange Walk has topped in PSE and that’s because of the importance we give to early childhood education,” Moralez said.

Throughout March, preschools will be holding several activities including reading aloud, national storytelling, cultural day, career day among others. On the 16th of this month the first ever early childhood expo will be held and organized as collaboration among the Ministries of Health, Human Development and Education. It will be held at the Barracks.