Peter Sutherland is accused of robbery and wounding Tony Gillings

Felix brothers to be tried for murder again 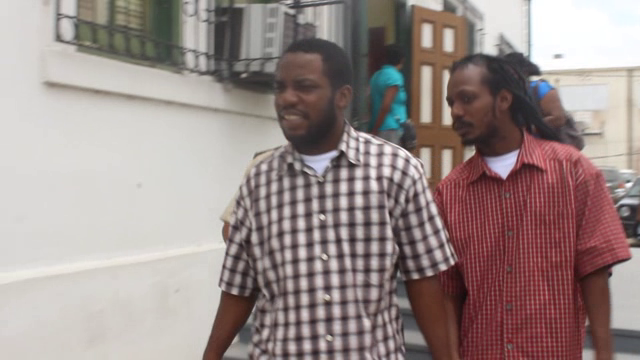 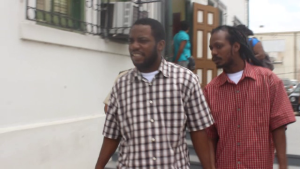 By Aaron Humes: Brothers Maurice and Emory Felix, accused but never convicted after three trials of the murder of Mitchum Heredia over a decade ago, are once again to go before the Supreme Court on a murder charge.

This time they are accused of the murder of Mark Gentle and attempted murder of the now-deceased Pamela Cumberbatch, both of Caesar Ridge Road. The incident took place on May 25, 2015 and Gentle died on June 5.

Other charges were dropped for lack of evidence, particularly attempted murder, dangerous harm and use of deadly means of harm upon Calvin Cumberbatch, Pamela’s widower who is himself accused of her manslaughter death in a vehicle accident later in 2015 on the Philip Goldson Highway.

Lesser charges related to Mark Gentle were also dropped because of his passing and upgrading of the case to murder. The reason for the strike-out in the case of Cumberbatch was due to no evidence, said prosecutor, Inspector Hector Rodriguez; Cumberbatch did not request court action and declined to cooperate with the police’s investigation.

The Felixes, represented by Arthur Saldivar, insist that they are innocent and being railroaded due to their bad image in the press and determination by the late Pamela to accuse them.

In her statement, Cumberbatch said that, quote, “I saw the brothers, Maurice and Emory, both with firearms, pointing it in my direction, then I heard a gunshot…”

There was some emotion in court but Senior Magistrate Frazer reminded that guilt or innocence was not a factor here, only whether sufficient evidence had been provided for trial.

The brothers will be first called to the Supreme Court in this June’s session beginning on the 21st.