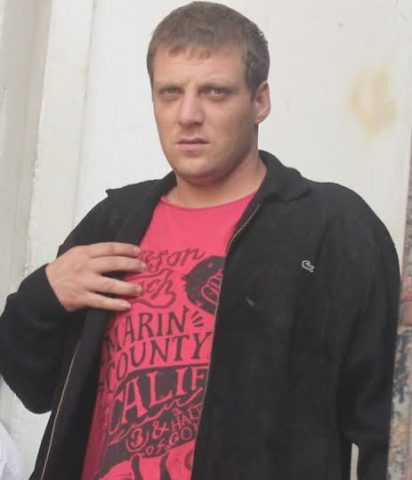 By Aaron Humes: This afternoon, Senior Magistrate Sharon Fraser reserved sentence on the case of two men accused of theft of over $14,000 from the Belize Bank ATM machine after they both changed their not guilty plea to guilty for the offenses of a total of 18 counts of theft each.

Bulgarian nationals 28 year old Jeorji Petrov, and 25 year old Halid Yuksel Aptula, accused of stealing money through fraudulent transactions at their Belize Bank ATM were handed 17 more charges in addition to the first one count they were levy with eleven days ago, on May 11, 2016. Petrov, who is represented by attorney, Christelle Wilson, pleaded guilty to 18 counts of theft for a total of $8,100 stolen through fraudulent transaction using the Belize Bank ATM between the period of May 6 and May 7, 2016.

Aptula, who is represented by attorney, Oscar Selgado pleaded guilty to 18 counts of theft as well for a total of $6,800 stolen also through fraudulent transaction using the Belize Bank ATM between the period of May 6 and May 7, 2016. Attorneys for both men are asking that Senior Magistrate Fraser impose a fine and not jail time.

They are also asking for the return of the men’s properties – a vehicle, laptops, cell phones and cash – but the court prosecutor informed that the Financial Intelligence Unit and police are applying to have them forfeited under the Money and Laundering and Terrorism Act as they believe that the items are a proceed of the crime.

While Senior Magistrate Sharon Fraser is expected to hand down a sentence on June 8, 2016, the court will also hear from both sides as it relates to the men properties being forfeited to the government of Belize.

Wilson and Selgado say they were ambushed and will fight the application, especially as according to Selgado he had already sat down with the Bank personnel as his client wants to compensate the bank for the money stolen and put the matter behind them.