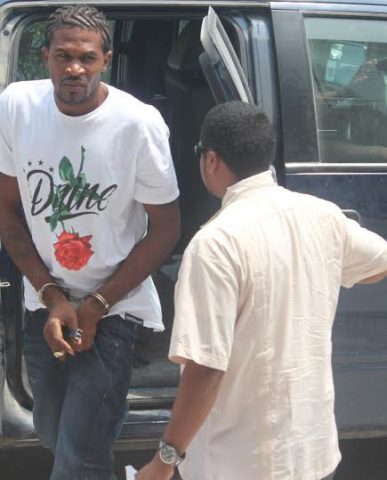 By Aaron Humes: Police continue to try to crack down on the spiraling violence in the Ladyville area of Eastern Division (Rural). 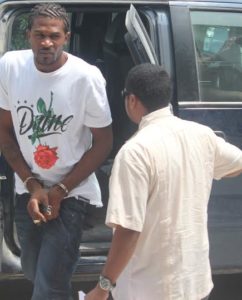 In the wake of the shoot-out at the residence of Cynthia Lozano early last week Saturday on Marage Road, police have arrested the two accused of the incident, Darwin Prado and Egbert Baldwin. But the trail leads back further, to mechanic Alrick Smith, who was a shooting victim a few weeks ago and may have decided to strike back.

Smith appeared in court today but there was a delay in arraignment after Magistrate Deborah Rogers found certain elements of the charge sheet incomplete. No changes were made and so the arraignment went ahead.

Smith is accused of, on May 14, 2016, in Ladyville, soliciting to cause the death of Cynthia Lozano and her entire family of 10, who police have asked that we not name to protect their privacy.

But the Matron Roberts Street, Belize City resident, who also has a Ladyville address, has retained Dickie Bradley as his attorney, and Bradley questioned how it is that because his client was reportedly seen in the crowd gathered round after the shooting, watching one of the victims, it becomes attempting to facilitate someone with tools to kill a target – and no one save Lionel Rhamdas died in that incident.

Due to the nature of the offense, Smith was denied bail and remanded into prison until June 20, 2016.