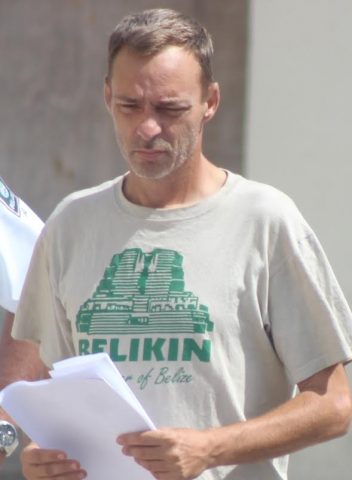 By Aaron Humes: 46 year old American national Tarry Rhodes, retired from the U.S. Army, was charged with failing to comply with the conditions of his visitor’s permit when he appeared today before Magistrate Deborah Rogers. Rhodes pleaded guilty to the charge. 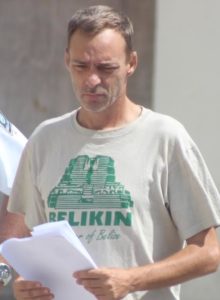 He was fined $1,200 and he was ordered to pay forthwith, in default 6 months imprisonment. He was unable to pay the money forthwith so he was held in custody. The Immigration Department has made an application for his deportation to the U.S. state of Ohio, where he is wanted in Defiance County, Ohio, on three drug related offenses, for illegal manufacture of drugs; illegal assembly or possession of chemicals for the manufacture of drugs; and aggravated possession of drugs.

Rhodes, who was living in Calla Creek, Cayo District, entered Belize on June 4, 2015 and he was given a permit to stay in Belize until September 29, 2015.

He did not renew his visa permit when it expired. Rhodes was caught at the PGIA whilst picking up someone. He is to be expelled from Belize after he has served time or pay his fine in full.