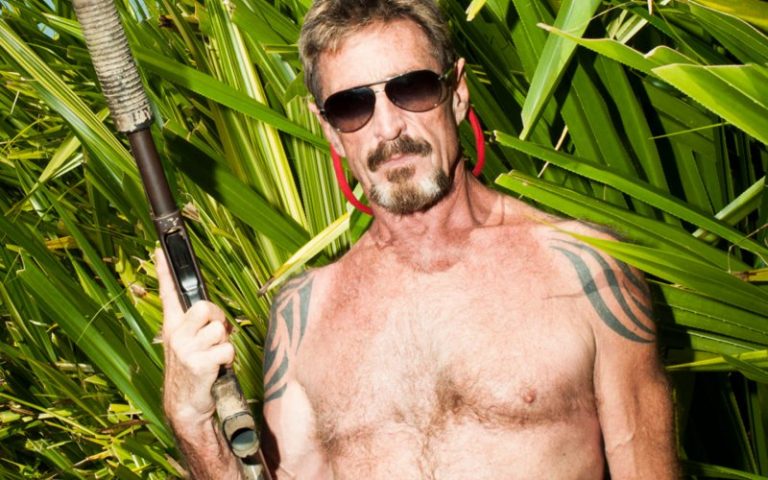 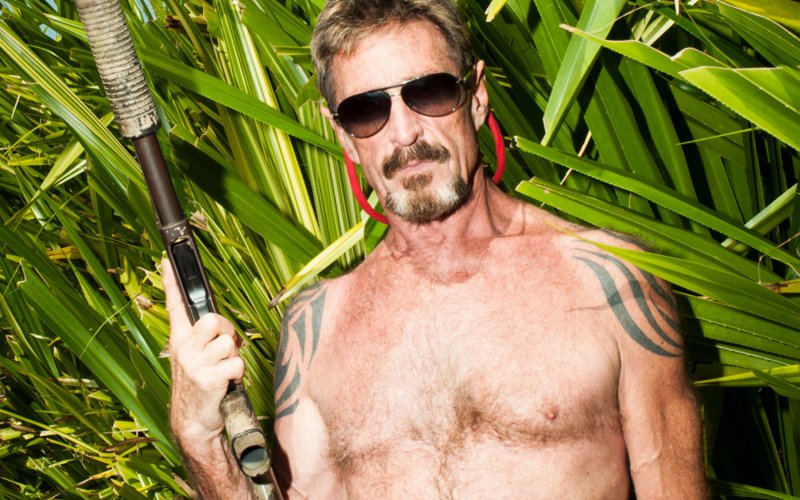 By BBN Staff:  Four Belizeans (Tyrone Moralez, Zaira Majil, Saka Canul and Cassia Chavarria ) interviewed for the Showtime documentary “ Gringo” which is about the life and times that the anti-virus pioneer John McAfee spent in Belize are claiming that they were “induced with alcohol and monetary payment” by the producers of the film to fabricate false information about John McAfee.

The 4 people are also claiming that they were made to sign papers which they were unable to read under the circumstances.

Their attorney, Bryan A Neal has issued a statement informing Nanette Burstein and Jeff Wise, the Showtime producers of “Gringo” to refrain from publishing any and all footage attributable of them in the film.

According to the statement, the 4 Belizeans were exploited to provide false information for the “Gringo” documentary, through misleading questioning from Showtime representatives.

The statement ends by saying that the 4 Belizeans will host a press conference today to answer any and all questions from the local media about how they were preyed by the Showtime producers. 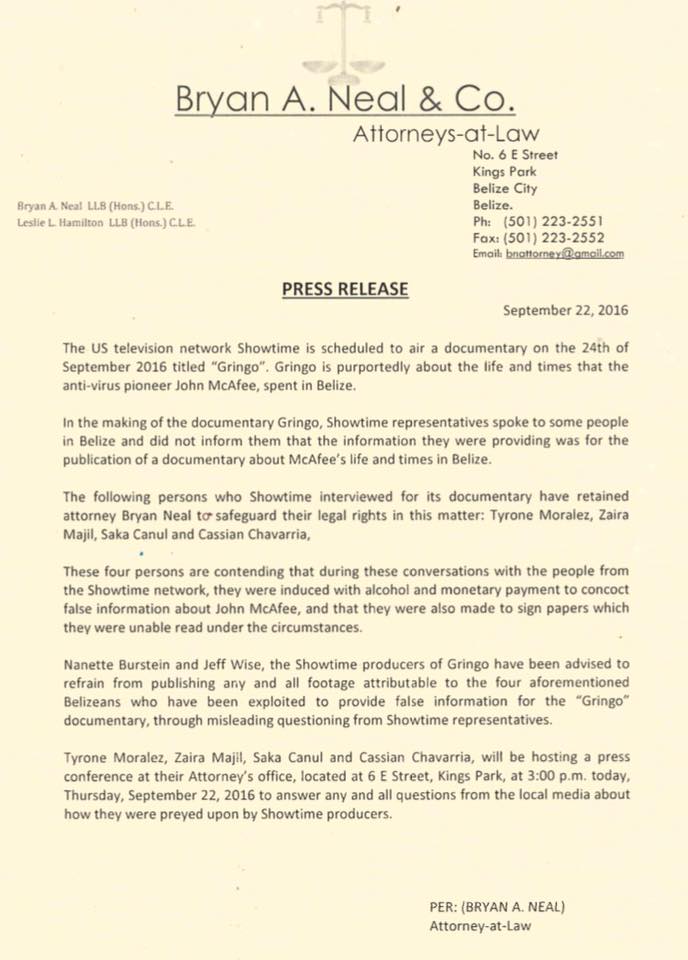