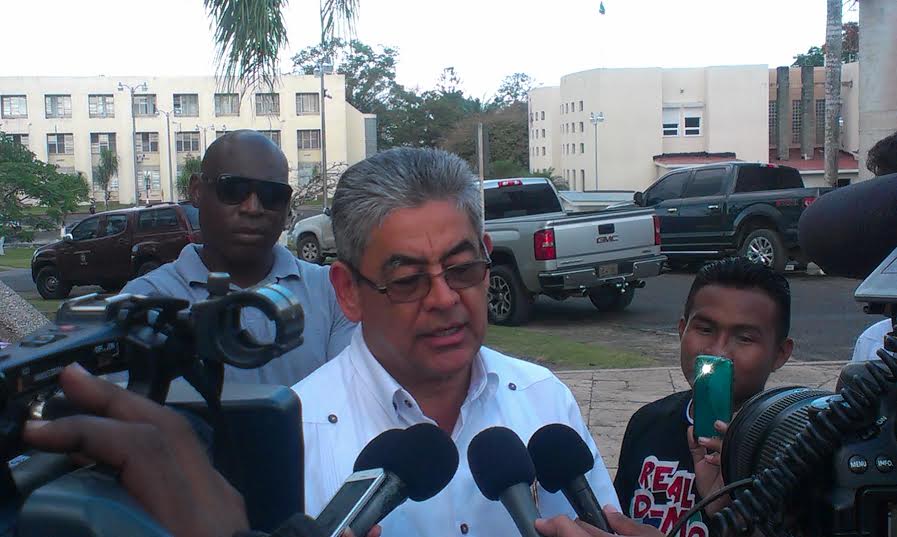 By BBN Staff: The Government of Belize is currently under a lot of pressure from the Belize National Teachers’ Union (BNTU) and Belize Chamber of Commerce and Industry (BCCI) regarding corruption in the country.

A new unveiling of a very controversial land deal has appeared at an inopportune time for the Prime Minister. The deal involves the former Deputy Prime Minister, Gaspar Vega and his son Andre Vega. The details of the deal begins and ends with a prime parcel of real estate near the Haulover Bridge.

The Lands Registry System identification of the land is Entry 14608, a 1.057-acre parcel between the Caribbean Sea and the Philip Goldson Highway.

Gaspar Vega on January 14, 2013, approved the purchase of the land from the Government to Hilmar Alamilla, an associate of Vega’s. At the time, the assessment of the land was a little over six thousand dollars.

The documents reveal that Vega instructed the Lands Commissioner Wilbert Vallejos to discount the value of the land to $2,500. There was no reason given on the documents as to why such a discount was given on a very valuable sea front estate.

On May 7, 2013, the title was issued to Alamilla. Just seven months after, the land had a new owner because it was sold by Alamilla to Andre Vega, son of former Deputy Prime Minister, Gaspar Vega.

Because the land was private it had to be returned to the original title holder and the apparent scam come into play in government’s compensation to Andre Vega.

On September 3, 2015 just before Vega hands over to the new Minister of Lands, Godwin Hulse, the real value of the land was assessed at $400,000 which government had to compensate Andre Vega  since it was found that the land was privately owned.

The girlfriend of Andre, Dominique Gomez, (acting on behalf of her boyfriend Andre Vega) as vendor and the Government of Belize as purchaser made an agreement (Sep 3, 2015)  in which GOB agreed to pay Gomez/Vega $400,000, with the sum of $100,000 immediately and $50,000 every month until the full amount was paid.

Remarkably this is the story of how for only $15,000, Andre Vega hit the jackpot on almost half a million dollars of tax payer’s money.

Yesterday, at a press briefing after the PM and BNTU had met, PM Barrow refused to comment on this latest revelation and instead dodged the question by saying that it was a BNTU press briefing and nothing else.