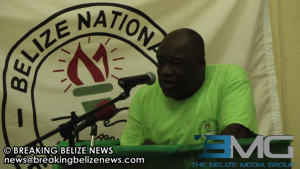 By BBN Staff: The Belize National Teachers Union (BNTU) is calling on the Government of Belize to hold a voter re-registration exercise, to ensure that Belize’s democracy is preserved.

The BNTU issued a statement this week, saying that it became concerned, after following the Senate Inquiry into the Auditor General’s Special Audit Report of the immigration and Nationality Department from 2011-2013. The union said that the testimonies at the inquiry revealed a wonton distribution of  Belizean nationality certificates that it feels are both questionable and illegal.

“The BNTU believes that our sacred democracy had been greatly compromised and tarnished by these malpractices and we feel it is most urgent that the necessary corrective measures be put in place,” The BNTU said.

The Union went on to say that the Constitution of Belize mandates voter re-registration every 10 years; however, successive political administrations have used Statutory Instruments to delay the process.

The BNTU pointed out that the last vote re-registration exercise was carried out in 1997, doubling the constitutional requirement. The BNTU says that re-registration must be held in 2017, and called upon all other unions, civil society organizations, and the general public to support the call for voter re-registration.