PSU calls for investigation into Ministry of Lands and Works 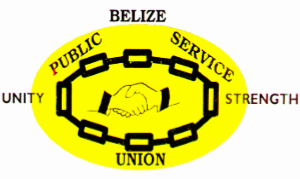 By BBN Staff: The Public Service Union (PSU) of Belize issued a statement today stating that it has noted the increased incidents of reported acts of corruption in several Government Ministries in particular the Ministry of Lands and Natural Resources, the Ministry of Works, and the Ministry of Health.

“Whilst the chief perpetrators of these corrupt acts may be Senior Government Ministers who abuse their authority and the several loopholes in existing legislation, it must be noted that it is the Public Officer who is invariably left exposed and made to suffer the consequences of these illegalities,” the release alluded.

The PSU also advise Public Officers to adhere to the regulation that govern their code of conduct, to not compromise the fair exercise of their duties and to not to allow their integrity to be called into question.

Public officers are reminded that no Member of the House of Representative is to give direct instructions to any Public Officer but rather communicate through their Accounting Officer.

The PSU says that it welcomes the initiative by Government to conduct an extensive investigation into the allegations of fraud and outright corruption at the Ministry of Lands that  have come to light in the recent days.

The union also requests that the investigation be extended to include other questionable land transactions at the Ministry of Lands and Natural Resources under the tenure of the former Minister Gaspar Vega. The Ministry of Works and the Ministry of Health must also be similarly investigated for alleged acts of corruption.

The Union calls for the urgent reactivation of the Integrity Commission and the Public Accounts Committee.

“These bodies must be allowed to carry out their functions in a fair and impartial manner and without undue political influence. The Union also expects that the implementation of the United Nations Convention against Corruption will be hastened so that Ministers of Government who engage in acts of corruption, will be dealt with to the highest extent of the law, ”the release ends by saying.