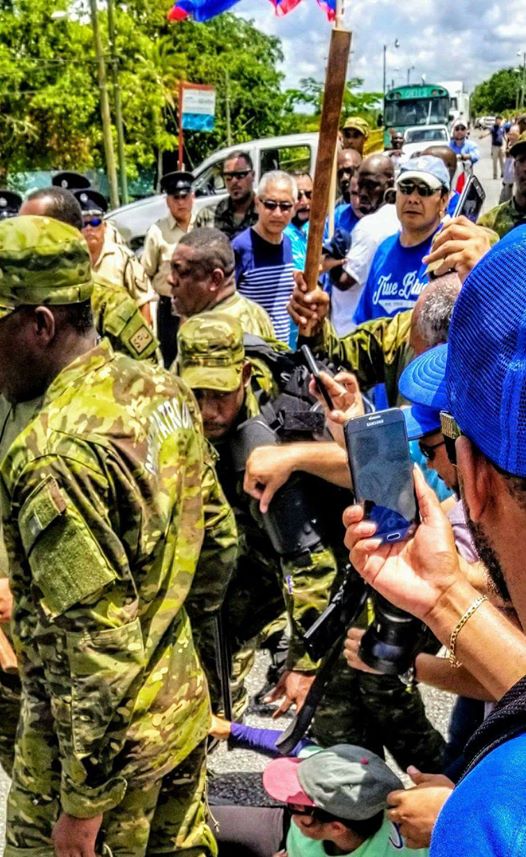 By BBN Staff: The National Women’s Commission (NWC) has joined the Opposition, Special Envoy for Women and Children, as well as KREMANDALA and other bodies in condemning the man handling of KREM Editor Marisol Amaya.

Amaya was in her capacity as a journalist covering the PUP blockage of the Tower Hill Bridge in Orange Walk on Wednesday when she was grabbed from behind, thrown to the ground, and hauled off the road for no apparent reason.

According to the NWC, “Such acts of assault upon anyone, let alone a woman in the media is a form of gender-based violence which is rooted in the power relations that underscore violence between men and women and therefore must not be tolerated.”

The statement continued, “No democratic society can thrive without the women and men of the fourth estate and when the press is not free to operate as it should, it erodes the very fabric of that estate and can quickly plunge a country into anarchy.”

According to the NWC, Belize has signed onto the Inter-American Convention on the Prevention, Punishment and Eradication of Violence against Women and as such, “should put measures in place to exercise a zero-tolerance approach to violence against women and girls.”