Two queens of the Bay? 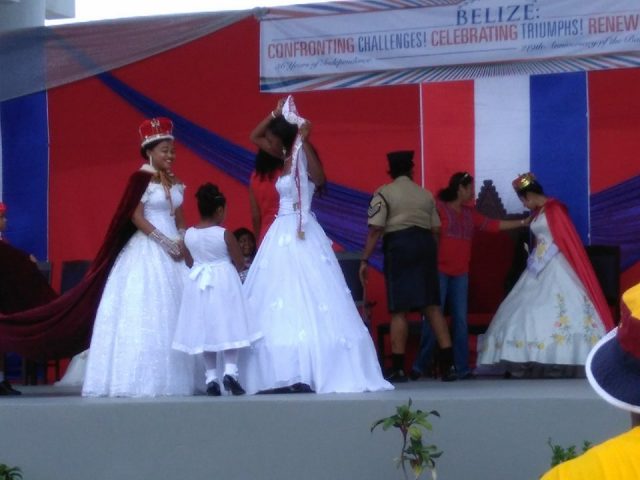 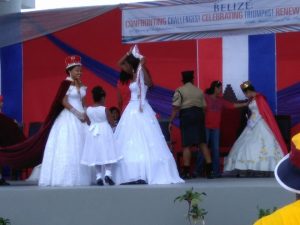 By BBN Staff:  For the first time in 72 years, two Queens of the Bay (QOB) were crowned simultaneously on the same stage.

Days of controversy came to an explosive conclusion this morning at the Fort George Memorial Park when the QOB Committee Chair Zenaida Moya walked up and crowned Ezmeralda Cal, at the same time the official QOB, Aaliyah Ysaguirre was being crowned.

The Mistress of Ceremonies had to call on the police to escort Moya off the stage. Following Moya’s departure, there was an official announcement that Moya was terminated from her post as committee chair.

The QOB National Committee had selected Cal, following a reassessment of the pageant scores, days after Ysaguirre had won the 2017 QOB pageant.  Series of press releases, press conferences and a meeting with the National Celebrations Committee, did not stop the issue from coming to a head on live television.

Moya had issued a release this morning, saying that despite the decision of the Chairman of the Celebrations Committee, Minister of Culture Patrick Faber, Cal would receive the crown.