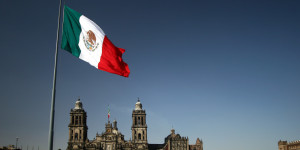 By BBN Staff: On September 15, 2017, Mexico will celebrate the 207th anniversary of the beginning of its War of Independence.Mexico’s war began with the call made by Miguel Hidalgo y Costilla, the Father of the Country, to the people of Dolores Hidalgo, Guanajuato, to follow him in the search for Liberty, Independence and Sovereignty.

This call is known to Mexicans as “El Grito” which has resulted in a civic celebration that Mexicans in every town, village and city of Mexico and in the consulate and embassy of Mexico in the world celebrate, as a symbol of Mexican pride that unites them.

The Mexican Embassy in Belize will hold a ceremony in commemoration of the heroes of their homeland. The event will take place at 6:30 p.m. on Thursday, September 14th at the Biltmore Hotel.